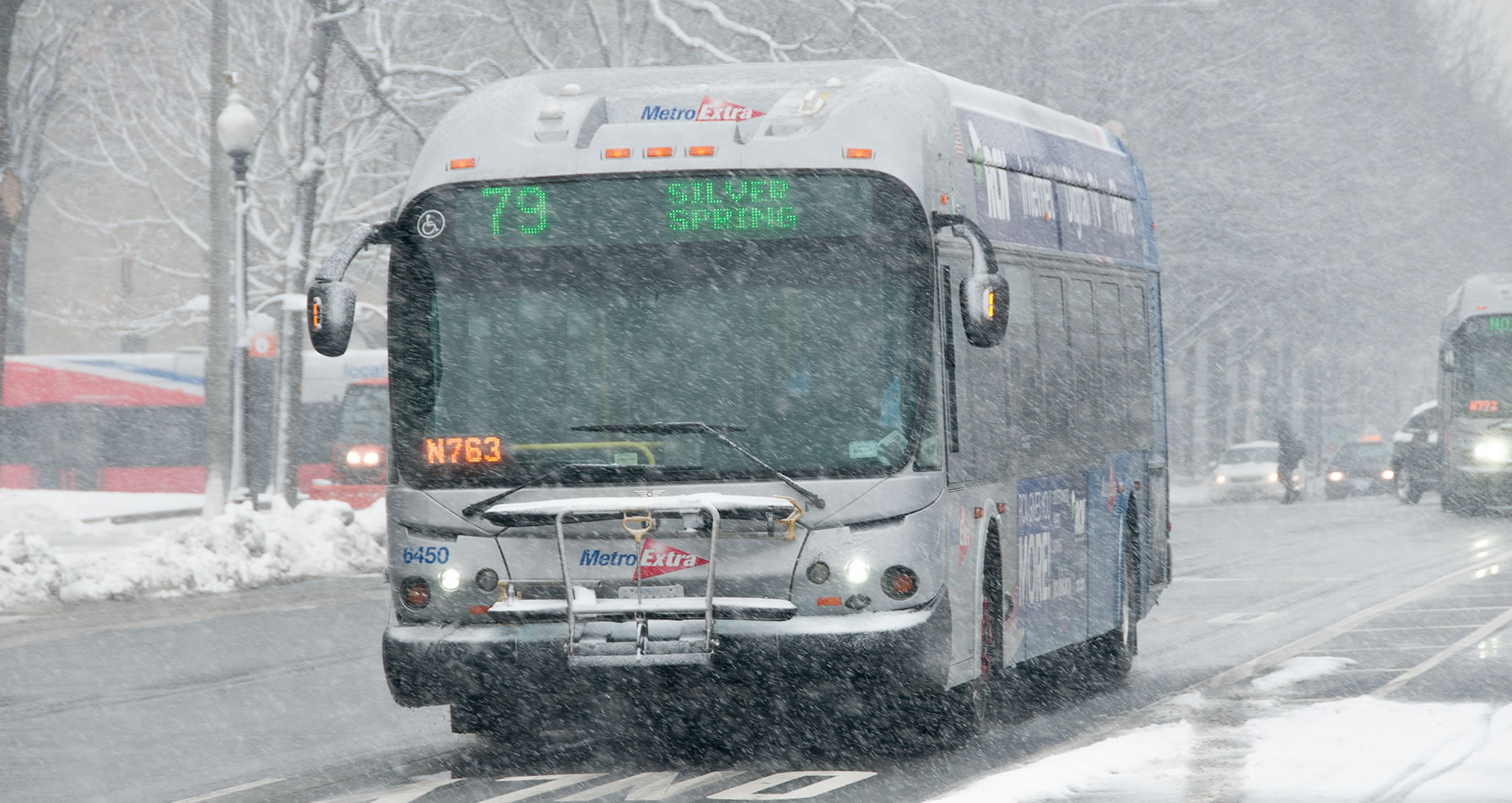 Click on the links below (Light, Moderate, Severe or Lifeline) to learn if your bus is operating and how it will detour.

During light snowfall, most Metrobus service will operate normally, but there are a few exceptions. Light snow is generally described as accumulations of a dusting up to two inches and can be visually determined when asphalt has been exposed by tire marks. Light snowfall may result in some Metrobus routes being detoured due to road conditions. Customers should sign up for MetroAlerts to learn when buses are detouring. View light snow route details.

During severe or heavy snow accumulation or icy conditions, Metro will restrict bus service to severe snow routes. Service is limited to major roads only and passengers should anticipate service delays and increased wait times. Passengers traveling when Severe snow routes are in place should be aware Metrobus may have to suspend all service if road and travel conditions become unsafe. View severe snow route details.

Lifeline - Limited Service Due to Snow and Ice Conditions

During the most treacherous snow and ice conditions, Metro will substantially reduce bus service to Lifeline snow routes. Service is limited to roads with high priority for snow removal and ice treatment. Customers will experience increased wait times. Passengers traveling when Lifeline snow routes are in place should be aware Metrobus may have to suspend all service if road and travel conditions become unsafe. View lifeline snow route details.

See Status and Alerts for snow service status. Know before you go! Sign up for free MetroAlerts for up-to-the-minute service information.

Who is responsible for clearing snow from bus stops and shelters? 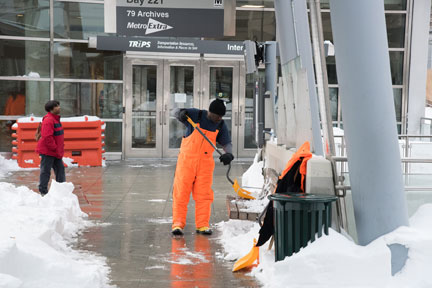 There are roughly 11,000 bus stops in the Metropolitan Washington area that are used by nearly half a million Metrobus riders on a typical weekday plus tens of thousands of riders who use local buses, such as ART, DASH, RideON, Fairfax Connector, The Bus and others.

The answer is: It depends on where the stop or shelter is located.

If on a public street, the responsibility is usually that of the jurisdiction. Metro does not own or maintain bus stops or shelters on public roadways. Some jurisdictions have contractors who perform this service, but as a general matter, if your bus stop on a public road is not clear, you will want to contact your local officials, not Metro.

If the bus stop is on Metro property, then Metro is responsible for clearing it. Of the 11,000 stops in the region, only about 600 are owned by Metro. Examples include stops and shelters at:

Finally, if the bus stop or shelter is on private property, such as a hospital campus, shopping center, mall or business park, chances are that the property owner or management company has snow clearing responsibility.

Metrobus to start the service day on Saturday supplemental, January 20

Metrobus has restored normal service on all routes after yesterday’s snow event, January 8

Metrobus transitions from a moderate snow plan to a operate a light snow plan, January 7