Metro made the case for transit to identify and quantify the wide range of benefits that have accrued to the region since Metro (rail and bus) opened. Looking back, Metro has had a much greater impact than sustainably moving people within the region. Metro has supported the development of the real estate market, generated tax revenues, and been the key to the region's economic vitality. 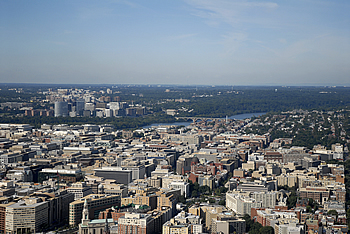 Making the Case for Transit began with the premise that without transit, the region would look and operate very differently than it does today. By imagining the region without transit, it was possible to understand transit's role and value to the Washington economy. The study is not a formal cost-benefit analysis. Instead, it presents the benefits of transit in as many ways possible to demonstrate the magnitude of its impact. While transit is an integral part of many of these benefits, the impacts brought about by zoning, development decisions, and long-term transit-supportive policies at the local and state levels cannot be ignored. In this study, only benefits where transit was either a precondition for or an integral part of an impact were measured.

. Additional information can be found in the report Making the Case for Transit: WMATA Regional Benefits of Transit (November 2011)

An analysis of parcel-level property tax assessments for all properties within a half-mile of Metrorail stations shows:

Moves the Region Forward: What if There Were No Transit?

An analysis of congestion and trip making patterns if there were no transit in the region shows: 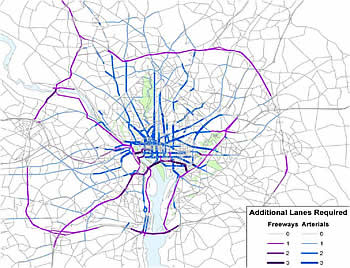 Moves the Region Forward: What If Roads Were Built Instead of Transit?

An analysis was conducted to ascertain the amount of auto-oriented infrastructure that would have been needed to accommodate all of the trips that are currently on transit. It shows:

An analysis of the surrounding land uses shows:

Makes the Region Affordable and Livable

An analysis of trip patterns and travel times shows:

Creates a Capital Region that Works