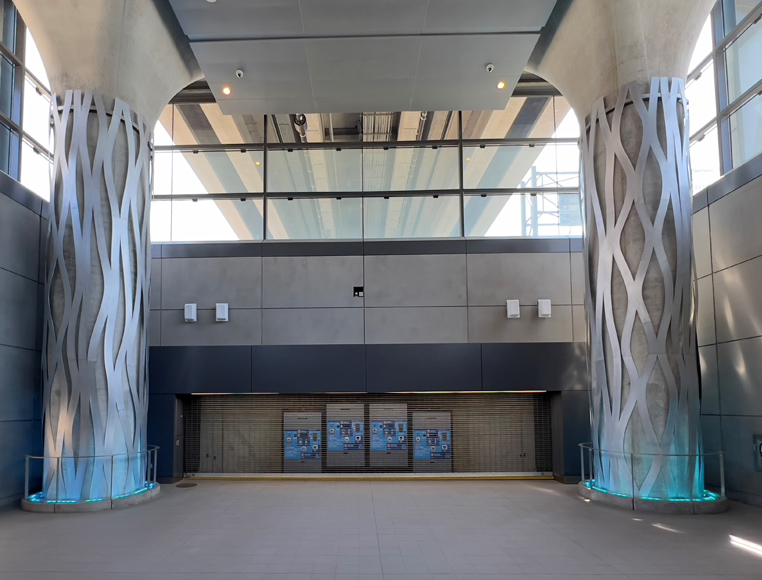 The artwork is composed of four columns cladded with aluminum panels and lit from the bottom with changing up lighting that  slowly animates the surface of the artwork. The cladding references the different types of air trails that are formed as a plane moves through the air. The drag that is created from the plane disrupts the air around it, creating wisps of air that move and swirl along the plane's path. As the concrete columns rise from the ground plane, the laser cut aluminum panels create a pattern of wisping lines that wrap around and up the column.

Cliff Garten is an internationally recognized sculptor and founder of Cliff Garten Studio in Venice, California. By connecting people to places and infrastructure through sculptural material, social history and ecology, Garten's work locates the latent potential in every public place and situation to become more than the specific functions it appears to perform. Garten received a Master of Fine Arts in Sculpture from the Rhode Island School of Design and a Master of Landscape Architecture with Distinction from the Harvard Graduate School of Design.