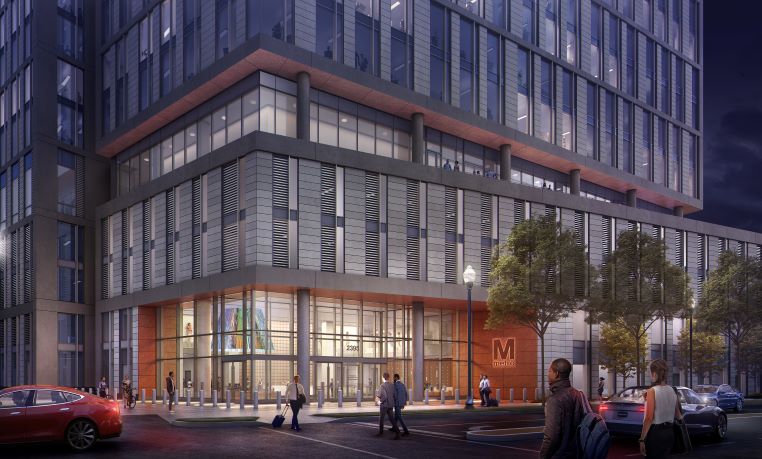 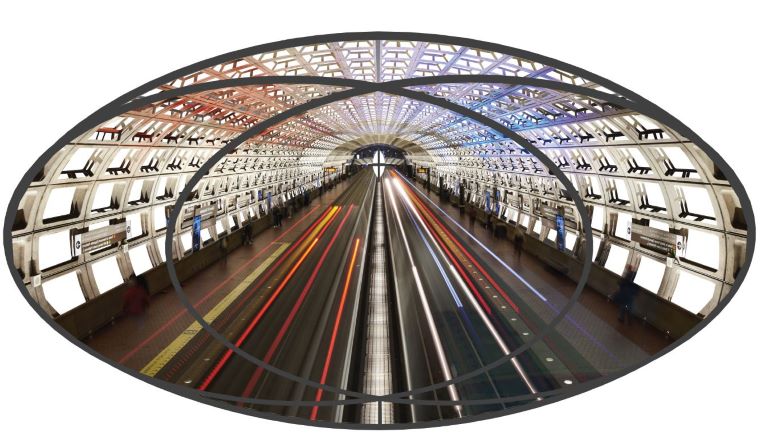 View from below the artwork.
Design concept renderings by FreelandBuck. Artwork installation planned for 2023.


The artist team FreelandBuck (David Freeland and Brennan Buck) was selected to create a site-specific artwork - a deep canopy, suspended from the lobby ceiling, derived from imagery of Metro's iconic underground stations. Evoking both the identity and experience of riding the metro system and the technical and organizational accomplishment of Metro and its employees, the canopy will be both an iconic object and an immersive environment.


Positioned in the southwest corner of the lobby, the installation will be visible from all sides: the street and entry vestibule to the south, plaza to the west, lobby interior to the east and finally from the floor and seating below. From each of these viewpoints, the artwork alludes to the Metro stations in dramatically different ways - as a circular convex object that evokes both the coffered stations and Metro's gridded, pixel logo, or a concave volume making the station clearly visible and emphasizing its dramatic one-point perspective.


FreelandBuck is both an artistic collaboration and an architectural practice. FreelandBuck is a Los Angeles and New York City-based architectural office founded and led by Brennan Buck and David Freeland. Established in 2010, the office makes buildings, spaces, and objects that engage the public through layers of meaning, illusion, and visual effect.

This project was funded by WMATA as part of a capital project for the new Metro VA Office Building.