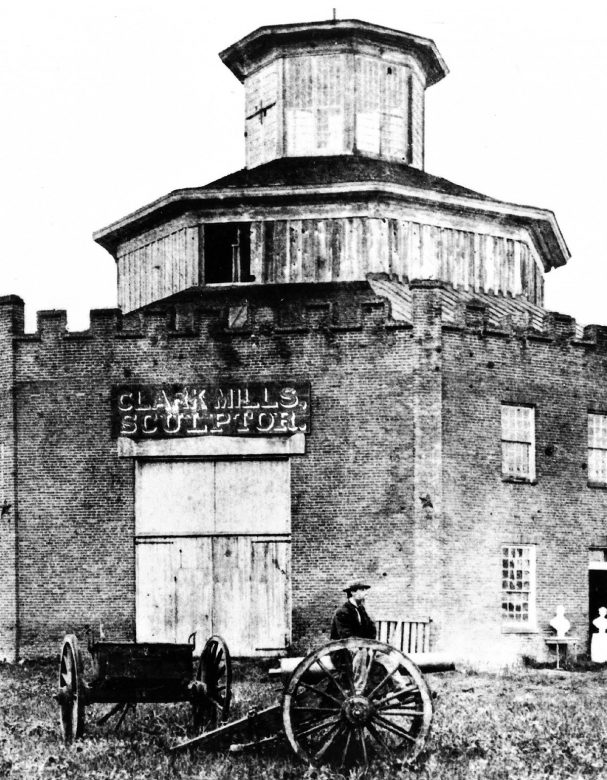 Metro is working with the D.C. Historic Preservation Review Board to ensure the site, once home to the Mills Foundry, is properly reviewed and recognized. In the 1860s, self-taught sculptor Clark Mills cast Thomas Crawford’s famed Statue of Freedom at the Bladensburg site. The statue was completed and placed atop the U.S. Capitol Dome on December 2, 1863. Fittingly, Philip Reed, an enslaved artisan who oversaw the forging process, was able to celebrate the freedom the statue represented as a result of the Emancipation Act of 1862.

A survey will be conducted to determine if the foundation for the Mills Foundry remains within the boundaries of the Bladensburg Bus Garage property. The aerial photograph below from 1951 shows the modern boundaries of the Bladensburg Bus Garage and the buildings that existed prior to its construction. These buildings once contained a variety of industries including The Standard Butterine Company, Corby Baking Company, and Fleishman Company. Archeological Scope of Work (pdf) 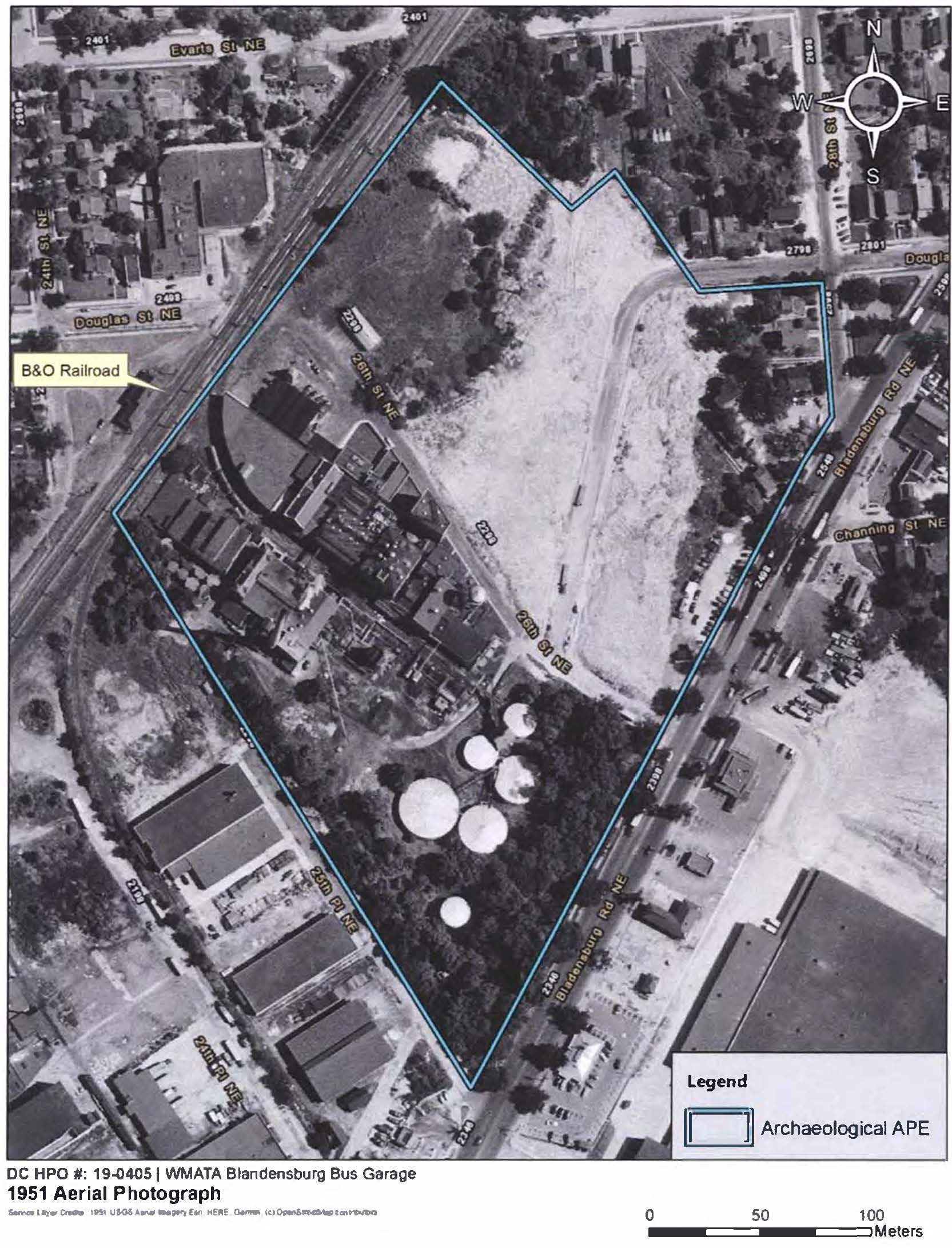 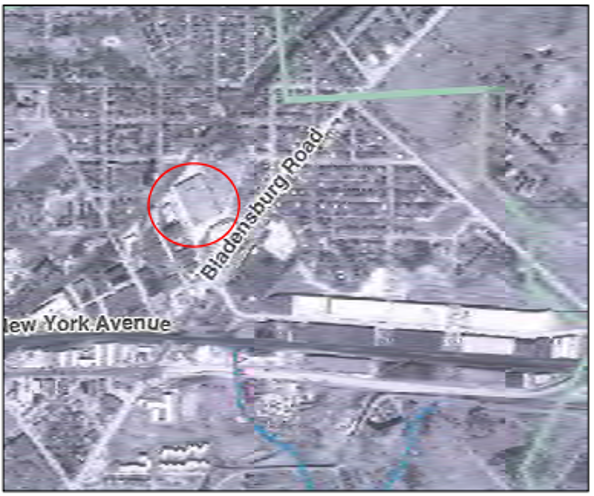 In 1962, nearly a century after Clark Mills developed the property, Building 1 of the Bladensburg Bus Division was constructed, as seen in the above aerial photograph from 1963. 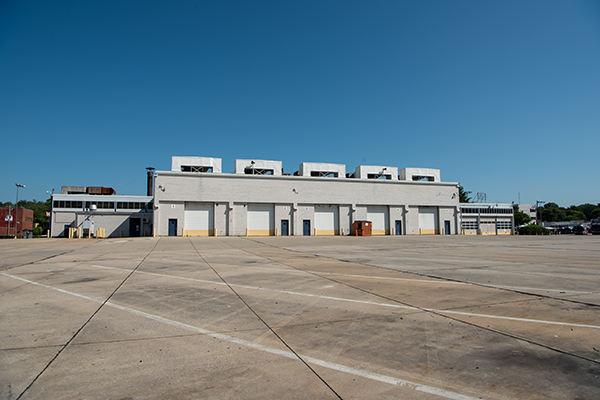 Since then, the building has experienced several modifications. In 1989, a new overhead crane was installed and part of the first floor and service pits were removed.