Metro announced today that it has selected two sites—one in Prince George’s County, Md., and one in Alexandria, Va., as homes for new office buildings that will accommodate the majority of the transit authority’s professional workforce. The announcement is the next major milestone in Metro’s regional office consolidation plan, which will reduce the number of Metro office buildings from 10 to four, saving an estimated $130 million over the next 20 years.

The Prince George’s County location is adjacent to New Carrollton Metrorail Station, and the Alexandria location is near Eisenhower Avenue Station. Both buildings will be new construction on Metro-owned land and will contribute significantly to neighborhood development surrounding the selected sites. The buildings will be designed with the goal of achieving LEED Platinum certification to benefit the environment and reduce long-term operating costs.

The new Maryland and Virginia buildings will join Metro’s future DC headquarters near L’Enfant Plaza as primary office facilities. All three locations are within a five-minute (1,500-foot) walk to the nearest Metro station.

Metro’s New Carrollton office building will be one of three new buildings to be developed by the transit agency’s selected development partner, Urban Atlantic. Urban Atlantic won the rights to develop the New Carrollton station area in 2016 and plans to transform several acres of Metro-owned land into more than two million square feet of usable space. The station is one of the region’s most significant transit hubs and is served by Metro, MARC, multiple local and regional buses, Amtrak and Greyhound, and the future Maryland MTA Purple Line.

“Metro’s selection today of Urban Atlantic’s New Carrollton development for the site of its Maryland headquarters energizes the dramatic transformation of New Carrollton. What had been a functional surface parking lot is now an exciting urban center” said Prince George’s County Executive Angela Alsobrooks. “New Carrollton has unmatched transportation options bringing customers, clients and residents from around the region to Prince George’s County. WMATA’s decision to place its Maryland headquarters in New Carrollton is the spark that will make that location a dynamic 24-hour community.”

The Alexandria office building will be located at 2395 Mill Road, adjacent to the Hoffman Town Center and will become part of the larger redevelopment of the Eisenhower Avenue corridor. 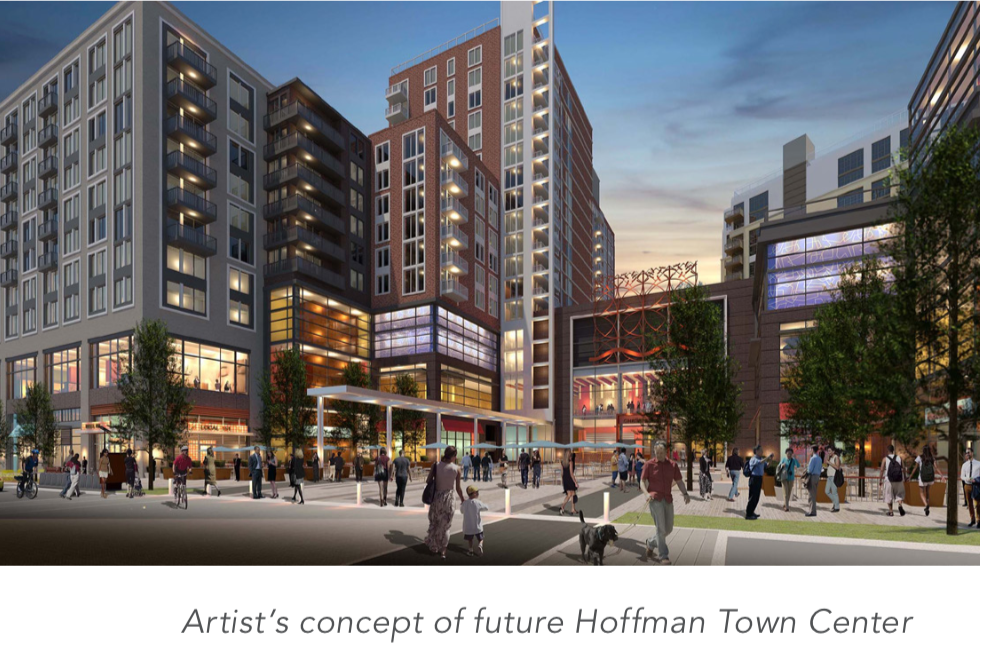 "Metro is a vital component of our region's mobility and economy," said Alexandria Mayor Justin Wilson. "We look forward to welcoming hundreds of Metro employees to their new office home in Alexandria."

“Metro’s office consolidation plan is a smart investment in our future that will improve conditions for our workforce while benefitting the region,” said Metro General Manager and Chief Executive Officer Paul J. Wiedefeld. “Our three new office sites in DC, New Carrollton and Alexandria will save Metro – and taxpayers – significant money in the long term, while spurring additional private development and job creation in the surrounding communities.”

Last fall, Metro announced the selection of L’Enfant Plaza as the location of its new DC headquarters to replace the outmoded Jackson Graham Building (JGB) near Gallery Place. Earlier this month, Metro put the JGB site on the market for a long-term ground lease, a prime opportunity to redevelop the site for future high-density office, residential, hotel or mixed-use development. Metro plans to retain ownership of the property under the long-term lease, meaning any development would have the potential to generate sustained revenue for Metro to support bus and rail operations, help keep fares affordable, and contribute to the transit agency's long-term financial stability.