Board of Directors Biographies

Paul C. Smedberg, was elected Chairman of the Board in June 2019. He first joined the WMATA Board as an Alternate Director in January of 2016 representing the City of Alexandria and was appointed Principal Director in January 2019 representing the Commonwealth of Virginia. He served on Alexandria City Council from 2003 to 2018, the Virginia Railway Express (VRE) Operations Board from 2006 to 2018, serving as Chairman in 2013 and 2017, and the Northern Virginia Transportation Commission (NVTC) from 2006 to 2018, serving as Chairman in 2014 and 2018. Professionally, he has served as a government affairs officer for numerous professional associations in the medical field. Mr. Smedberg earned degrees in economics and history from Allegheny College and is a Fellow, Sorenson Institute for Political Leadership at the University of Virginia.

Lucinda Babers was confirmed by the District of Columbia (DC) City Council on May 4, 2021 as a principal member of the WMATA Board. She currently serves as the first Deputy Mayor for Operations and Infrastructure (DMOI) for District government. She previously served as the Director of the DC Department of Motor Vehicles (DC DMV). As the DC DMV Director, Lucinda led the agency in significant and innovative changes, including the closure and opening of three service centers, elimination of passenger vehicle safety inspections, creation of a more secure credential (along with central issuance), and implementation of REAL ID and Limited Purpose Credentials. Under her direction, DC DMV added numerous online services-and received several International Customer Service and Communication Awards from the American Association of Motor Vehicles Administrators (AAMVA), as well as several regional AAMVA awards.

Prior to being confirmed as DC DMV Director, Lucinda served as the Deputy Director for DC DMV from 2003 until 2006. As Deputy, she was responsible for the review and revision of customer service processes that led to the DC Federation of Citizens Association unanimously recognizing DC DMV for the Greatest Improvement in Public Service for 2006.

Before coming to DC DMV, Lucinda served in several senior management positions at Amtrak. She was the project manager for the company's service guarantee initiative. Additionally, Lucinda is no stranger to DC Government; she previously worked on management reform projects for the city manager during the Control Board era and served as an internal consultant and project manager for the city administrator and corrections.

Lucinda started her career as an officer in the military. She holds a Master of Science in Business from Johns Hopkins University and a Bachelor of Industrial Engineering from the Georgia Institute of Technology.

James F. Ports Jr. was appointed to the WMATA Board of Directors as a Principal in January 2022 representing the State of Maryland. He also was named Secretary of the Maryland Department of Transportation (MDOT) in January 2022, the culmination of a career in public service spanning more than 30 years, including transportation posts at the local, state and federal levels and service as an elected representative in the Maryland General Assembly.

Secretary Ports previously served as Executive Director of the Maryland Transportation Authority, responsible for constructing, managing, operating and improving the state's toll facilities, as well as financing new revenue producing transportation projects. Mr. Ports’ tenure at the MDTA was highlighted by advancement of critical infrastructure and completion of projects on budget and often ahead of schedule. Prior to the MDTA, Mr. Ports served as MDOT Deputy Secretary of Operations, working closely with all six department agencies. It was his second stint as a Deputy Secretary, having served in that capacity from 2004 to 2007.

Mr. Ports’ extensive experience in multi-modal transportation and highway safety includes service as administrator and chief executive officer for Harford County Transit from mid-2009 to 2015. Prior to Harford County Transit, Mr. Ports served in the U.S. Department of Transportation as deputy administrator (chief operating officer) for the National Highway Traffic Safety Administration (NHTSA), 2007 to 2009. As the second highest ranking highway safety official in the nation, he was recognized as a national and international leader in vehicle, behavioral and roadway safety. 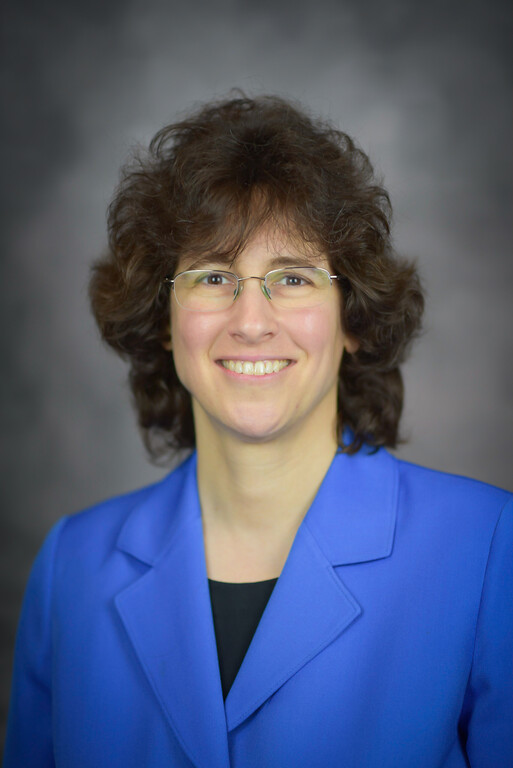 Sarah Kline was appointed in September 2021 to serve as a Principal Director for the Federal Government. Ms. Kline has spent her career developing and advancing policies to improve transportation outcomes in cities, towns, and rural areas, with a specialty in public transit and transit-oriented development. She led policy development for two national nonprofit organizations, Transportation for America and Reconnecting America. She also served as Director of Policy and Government Relations here at WMATA.

Matt Letourneau joined the WMATA Board in January of 2019 as an Alternate Director, and was appointed a Principal Director representing the Northern Virginia Transportation Commission (NVTC) in March 2019. He was elected to represent the Dulles District on the Loudoun County Board of Supervisors in 2011 and re-elected in 2015 and 2019. Supervisor Letourneau serves as Chairman of the Loudoun Board's Finance, Government Operations and Economic Development Committee, which oversees county services, finances, and economic development efforts. He represents Loudoun on NVTC and served as Chairman in 2019, Vice-Chairman in 2018 and Secretary-Treasurer in 2017. He is the first Loudoun Supervisor to serve on the WMATA Board as an officer of NVTC. In 2018, he served as Chairman of the Metropolitan Washington Council of Governments, after serving as Vice Chairman in 2016 and 2017 and Corporate President in 2014. 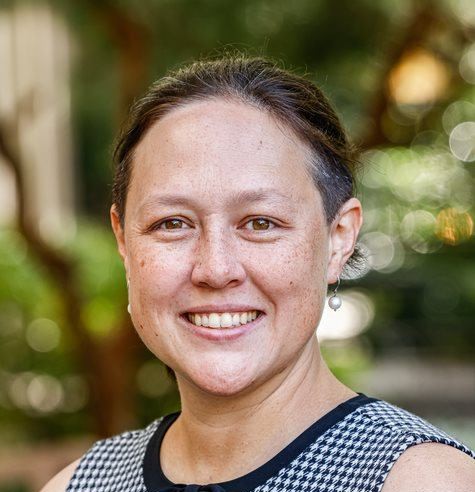 Dr. Tracy Hadden Loh was appointed to the Board as a Principal Director in November 2021. Dr. Loh is a Fellow with the Anne T. and Robert M. Bass Center for Transformative Placemaking at the Brookings Institution. She is a graduate of DC public schools and holds a Ph.D. in city and regional planning from the University of North Carolina at Chapel Hill. Dr. Loh served two years representing Ward 1 on the Mount Rainier City Council in Prince George’s County, Md. She is currently a member of the board of directors of Greater Greater Washington.

Don Drummer was appointed to the Board in July 2021 as a Principal Director from Maryland. He is a solar energy entrepreneur, a retired Senior Executive in federal government, and a retired U.S. Army Colonel. Mr. Drummer concluded his federal career in the Federal Aviation Administration (FAA) while serving as Director of the Aviation Logistics Organization in Washington, DC from December 2015 to May 2018. His responsibilities included nationwide planning, programming, and management of the FAA real property lease portfolio (6.4 million square feet) and personal property account (valued at $7.2 billion). Prior to this appointment, Mr. Drummer served in the Transportation Security Administration (TSA) for almost six years culminating as Deputy Assistant Administrator in the Office of Security Capabilities, which was preceded by 30 years of active-duty service in the U.S. Army.

Kamilah Martin-Proctor was appointed to in September 2021 as a Principal Director to represent the Federal Government. She also currently serves as 2021 Chair, Washington D.C. Commission on Persons with Disabilities (DCCPD). In addition, she also serves on the Board of the World Institute on Disability (WID), is a British-American Project Fellow and was the WDC 2020 United State of Women Ambassador. Martin-Proctor served as Vice-Chair on President Barack Obama‘s National Council on Disability and has worked with the Charles B. Rangel International Affairs Program at Howard University. She also worked as Staff Assistant and Legislative Correspondent for Congresswoman Shelia Jackson Lee (D-TX) and as Executive Assistant to Senator Robert Menendez (D-NJ). Martin Proctor received a B.A. in Political Science and an M.A. in Organizational and Cultural Communication from Howard University. She is a lifelong resident and fourth generation Washingtonian.

Mr. Aguirre was elected in November 2018 to serve a three-year term on the Alexandria City Council. He is the first Latino elected to the City Council. Prior to his election, Mr. Aguirre served in leadership roles on numerous boards and commissions. He is a past chair of the Economic Opportunities Commission, past president of the Tenants and Workers United (TWU) Board of Directors, and past vice-chairman of the Health Systems Agency of Northern Virginia (HSANV) Board of Directors. He also served on the Leadership Council for the Alexandria Campaign on Adolescent Pregnancy (ACAP) and the Steering Committee for the Partnership for a Healthier Alexandria (PHA). In 2016, Mr. Aguirre was appointed to the Virginia Board of Social Work by Governor Terry McAuliffe.

He co-founded a parent group for Spanish-speaking families at George Washington Middle School and helped launch a citywide family and community engagement program. As a community advocate, he has fought to increase affordable housing in the city, improve equity in our schools, and built coalitions to promote government transparency and accountability. In his professional capacity, he works with underserved communities throughout Northern Virginia to increase access to care and improve health outcomes. He received a bachelor’s degree from the University of North Carolina at Chapel Hill.

Bryna Helfer was appointed in September 2021 to serve as Alternate Director for the Federal Government. She has a long career in public service with a wide range of experiences in the transportation industry including former positions as Deputy Assistant Secretary for Public Engagement at the United States Department of Transportation (USDOT), Senior Advisor on Accessible Transportation and Workforce Development at USDOT, Senior Advisor for the Federal Interagency Coordinating Council on Access and Mobility, and the Director of Easter Seals Project ACTION.

She has received the USDOT Inspiring Leaders Award, the USDOT Secretary of Transportation’s Gold Medal and Meritorious Awards, the Conference of Minority Transportation Officials for “Women Moving the Nation”, and the WTS-DC Chapter Rosa Parks Award.

Walter L. Alcorn was appointed to the Board in January 2020 as an alternate Director representing Fairfax County when he began his first term as the Hunter Mill District Supervisor on the Fairfax County Board of Supervisors. Walter’s focus is on transit-oriented development, pedestrian/bicyclist mobility and safety, affordable housing and diversifying the local economy. Previously, Walter served on the county’s Planning Commission for 16 years and also served on the Park Authority Board. Professionally, he has worked on environmental issues in the tech industry and is a nationally-recognized expert on electronics recycling systems.

Walter is a graduate of the University of Virginia and resides in Reston with his family.

Thomas H. Graham was appointed to the Metro Board of Directors in May 2019. Mr. Graham has served as Vice President of People Strategy and Human Resources at Pepco Holdings Inc., a regional energy holding company that provides utility service to more than two million customers, since August 2013.

Getting Back2Good Is Going Better Than Planned