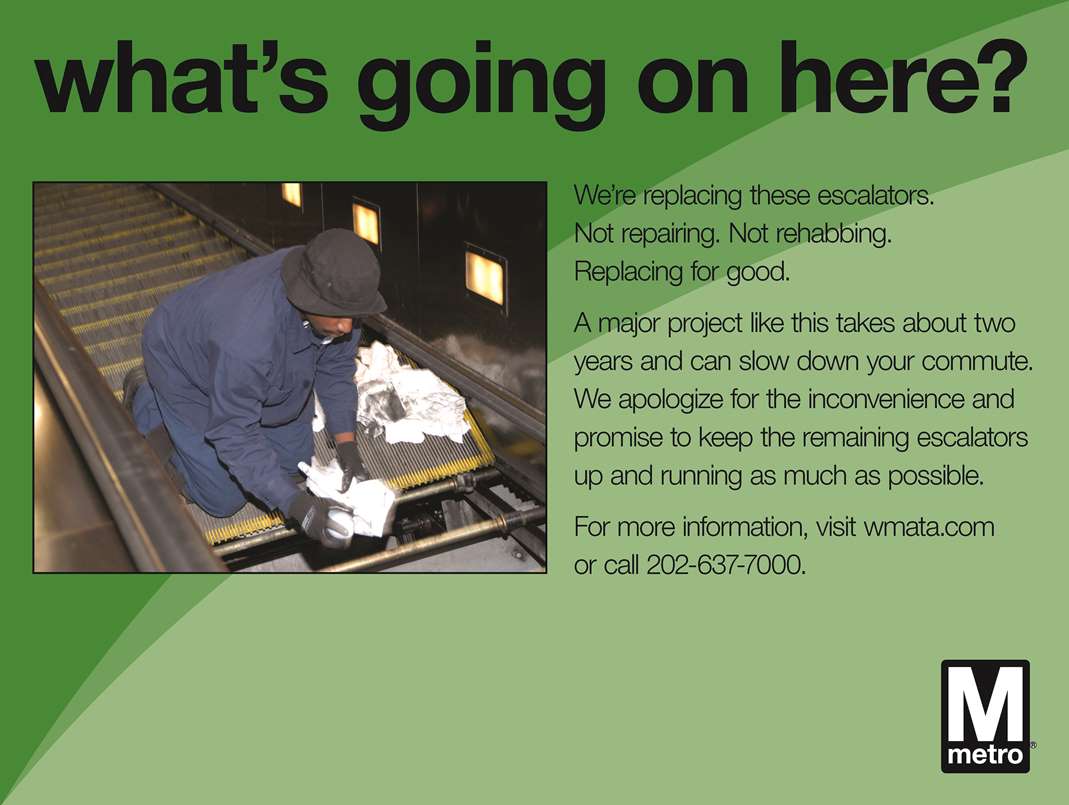 On January 18, 2016, Metro began a major capital project replacing the three entrance escalators and rehabilitating the mezzanine elevator at Waterfront station. The project will replace the current escalators, which are almost 25 years old and have exceeded their useful life, with brand new escalators that are more durable and reliable. Metro's contractor, KONE, will install the new escalators as part of our ongoing project to replace 128 escalators across the Metrorail system.

How will this work affect my trip?
Instead of having three entrance escalators available, only two will be available during the project: one going up, and one going down. Riders should be aware there that in the event of a service disruption, the station may need to be temporarily closed to prevent safety hazards related to overcrowding.

How long will the project take?
Each escalator will require about 35 weeks for site preparation, demolition, construction, installation and testing. Replacing all three escalators in succession will take a total of about two years. Metro engineers will work closely with the project contractor, KONE, to ensure the work is done as safely and efficiently as possible.

Why will it take so long?
Replacement of each escalator requires considerable rigging activity to remove the trusses and supporting structures. To keep the station open, the escalators will be replaced one at a time rather than all at once. And for safety reasons, the work can only be conducted when the station is closed to customers and the adjacent escalators are not in service. Taken together, these factors extend the project timeline to about two years. However, portions of the new escalators are manufactured in advance and are in storage so the project can move forward efficiently. 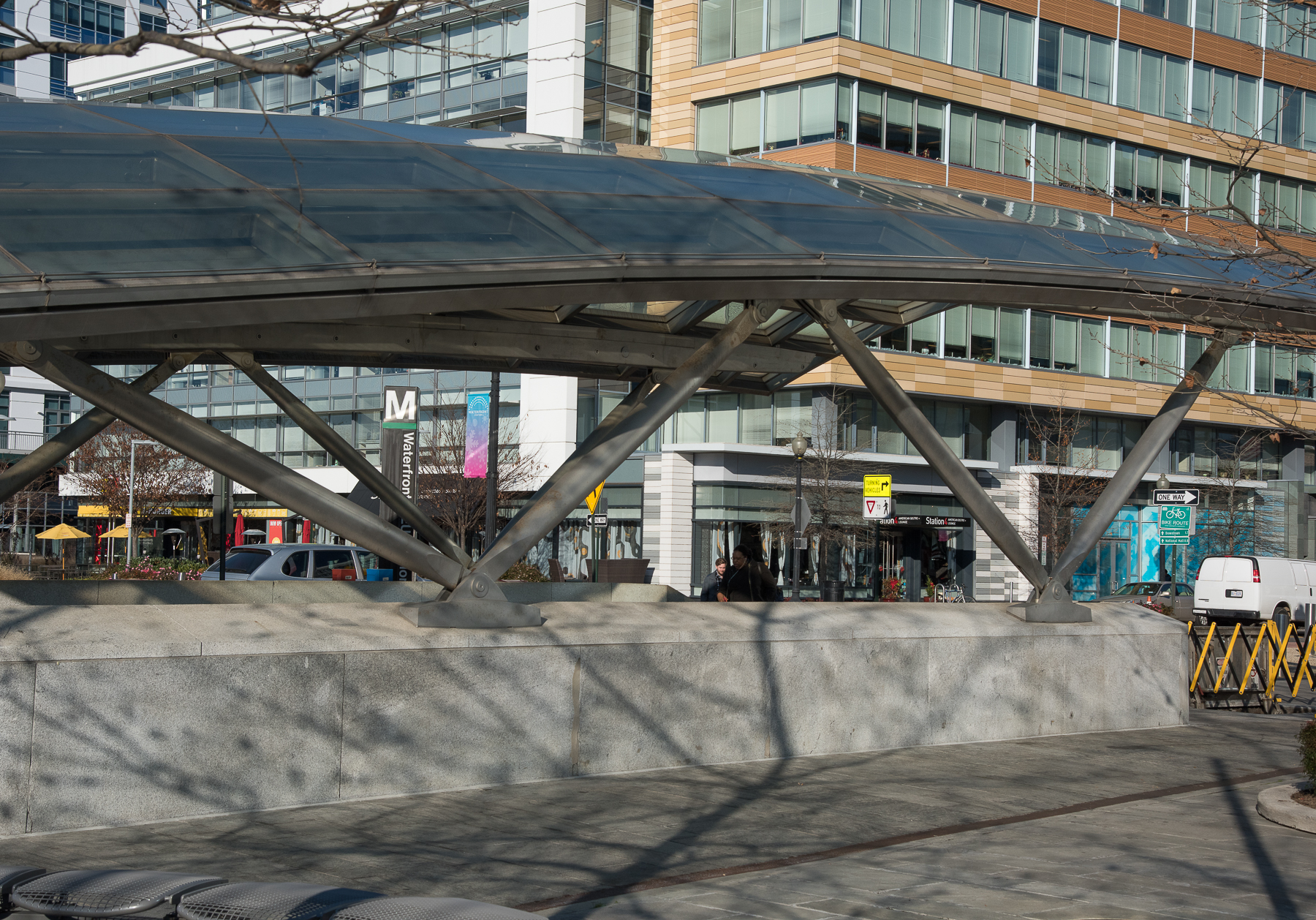 How can I stay informed about the project?
We encourage you to sign up for MetroAlerts to receive project updates by email. You can also receive messages alerting you whenever there is a delay or service change. Sign up for free at wmata.com/metroalerts. 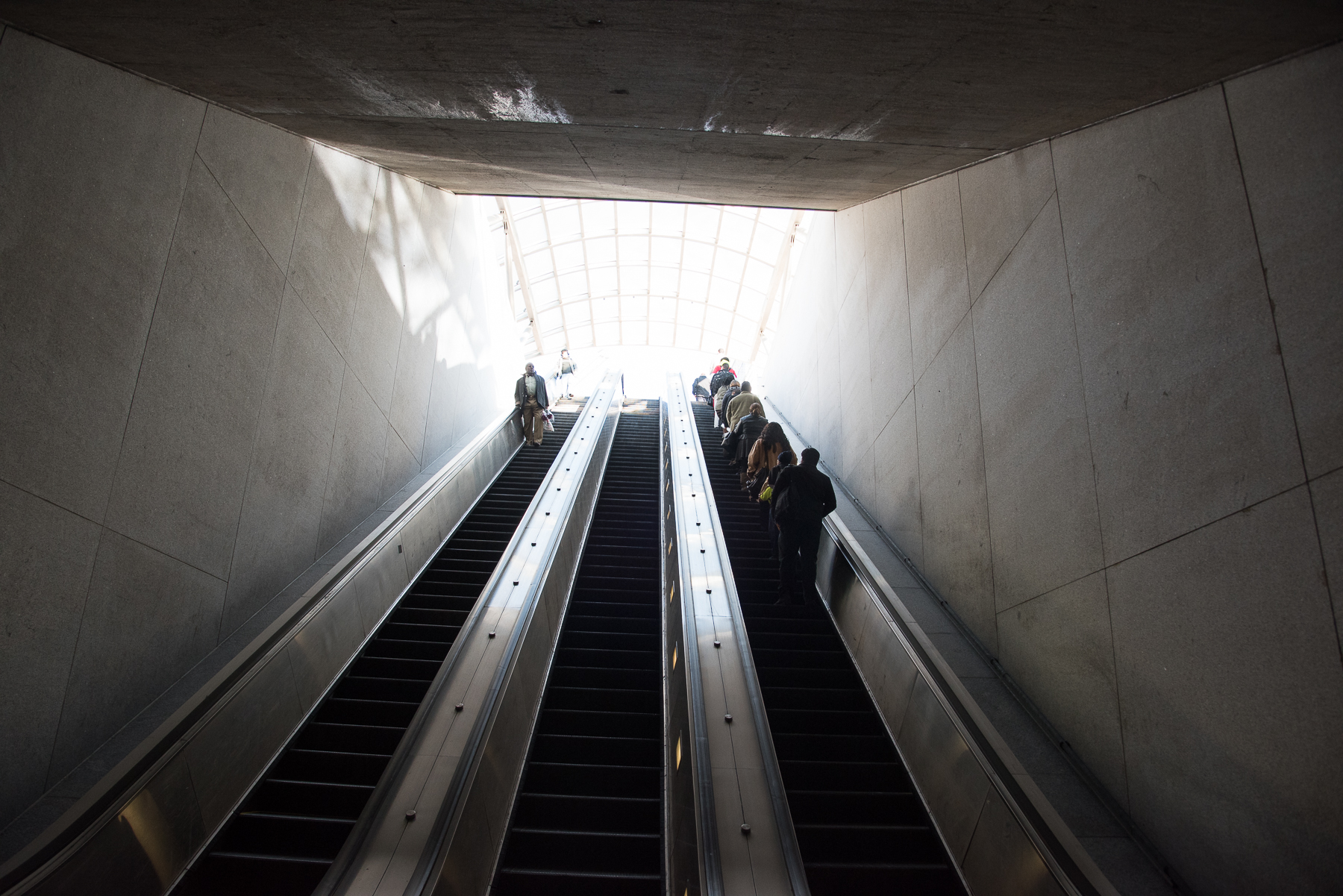