Changing the map is no easy feat. With more than 5,000 maps in stations and trains alone, Metro is getting a head start now for what will take more than a month to replace every map in the system in preparation for opening. Digital maps and Metro’s website will be updated upon the opening of the Silver Line extension.

The map’s original design was created more than 40 years ago by graphic designer Lance Wyman and was revised by Wyman for the opening of the first phase of the Silver Line and the extensions’ completion. Over the decades, millions of people have navigated Metrorail using the simple but classic map showing all six rail lines – Red, Blue, Orange, Silver, Green and Yellow – crossing the region with crisp, clean lines.

Printing has been underway for weeks, as Metro prepares for the opening of the Silver Line extension. Maps of various sizes, fare tables, and customer brochures are all being updated.

Metro is in the final stages of preparation for the opening of the Silver Line extension, which will link the rail system to Washington Dulles International Airport and Loudoun County for the first time. Simulated service will begin next month, and this week Metro’s Board of Directors gave General Manager and Chief Executive Officer Randy Clarke the authority to accept the project upon completion of certain conditions that must be met by the Metropolitan Washington Airports Authority, and safety certification that includes concurrence from the Federal Transit Administration and the Washington Metrorail Safety Commission. Metro management, working closely together with local bus operators who will provide local connections and other partners, will then set a date to begin service.

To learn more about Metro’s newest stations go to wmata.com/silverline and sign up for the Silver Bulletin Newsletter to get all the latest information. 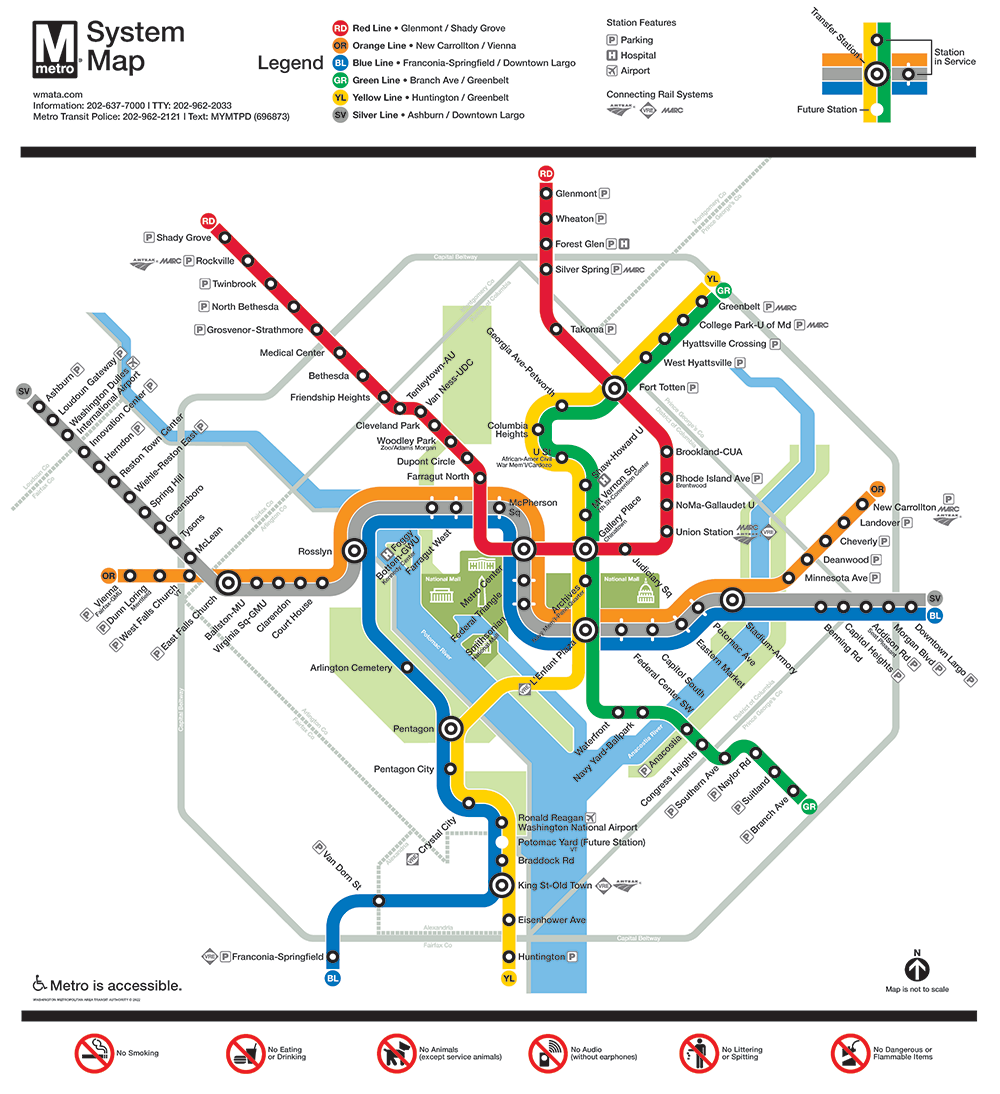