Crime on Metro drops to lowest level in 19 years 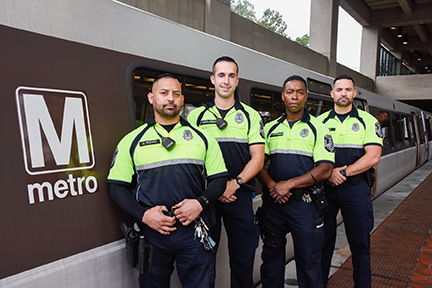 Metro today announced there were fewer serious crimes on the transit system than any year since 1999.

Metro Transit Police are reporting a total of 1,107 Part I crimes in 2018, a 14 percent decline compared to 2017, continuing a three-year trend. The decline was driven primarily by a 19 percent reduction in theft, including 40 percent fewer bike thefts and a 25 percent drop in theft-from-auto incidents. Robberies were down 6.2 percent for the year, and aggravated assaults declined slightly (3%). MTPD reported five sexual assault/rapes during the year, four of which were closed, and four incidents of arson.

"Our riders and our employees are safer thanks to every member of our Metro Transit Police Department, whose hard and smart work contributed to further driving down crime in 2018," said Metro Transit Police Chief Ron Pavlik. “Moving these numbers in the right direction is the result of many factors, including the use of technology, strong coordination with our law-enforcement partner agencies, and proactive policing such as enforcement of fare payment."

Pavlik also expressed his thanks to Metro riders for their assistance, including public tips that have helped close cases, and for reporting suspicious activity.

MTPD continues to use data-driven strategies to assign officers based on crime trends, which are monitored by MTPD analysts on an ongoing basis throughout the year.

Metro remains concerned about the effect of legislation in the District of Columbia that will “decriminalize” fare evasion in 2019.

“Most serious crime on Metro includes a fare evasion component,” Chief Pavlik said. “Our experience over the past several years has been that as fare enforcement has gone up, crime has gone down.” The D.C. Council passed the decriminalization bill over the objections of Metro Transit Police and WMATA’s Board of Directors.

In addition to uniformed and plain-clothes officers, MTPD uses high-definition cameras throughout the transit system – including aboard vehicles – to assist officers, identify suspects, and protect riders.