Platform reconstruction work at Reagan National Airport Station will begin on Saturday, August 8, to address critical structural issues presented by crumbling concrete in need of immediate repair. The station is one of few in the Metro system with three tracks, so the station will remain open during platform reconstruction with one track taken out of service at a time. This will allow trains to continue serving the station and should prevent any major impacts to regular train service.

The work was previously scheduled for fall 2022/spring 2023 to follow completion of the airport’s “Project Journey” construction effort. However, due to the existing platform conditions, the work is being advanced on an accelerated timeframe. The work will focus on reconstructing the concrete and granite platform edge and installing new slip-resistant tiles on the platform. The installation of other customer experience improvements, such as new customer shelters and information screens, will be completed at a later date. 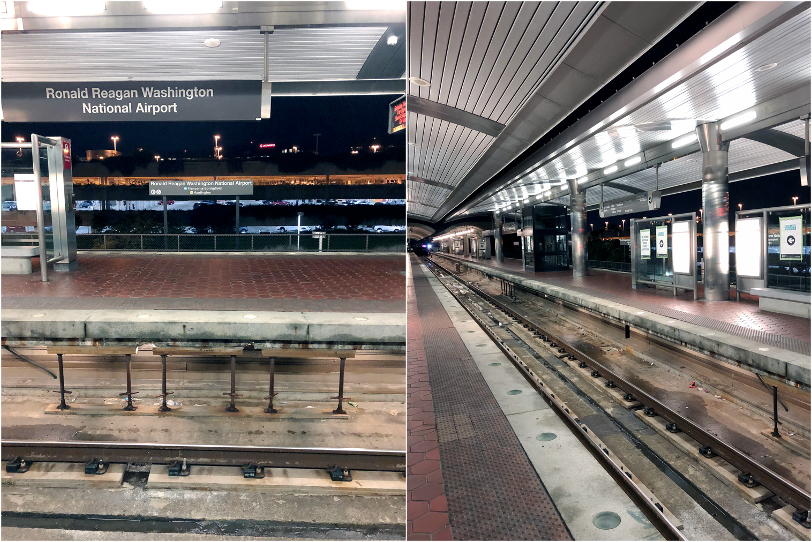 About the Platform Improvement Project