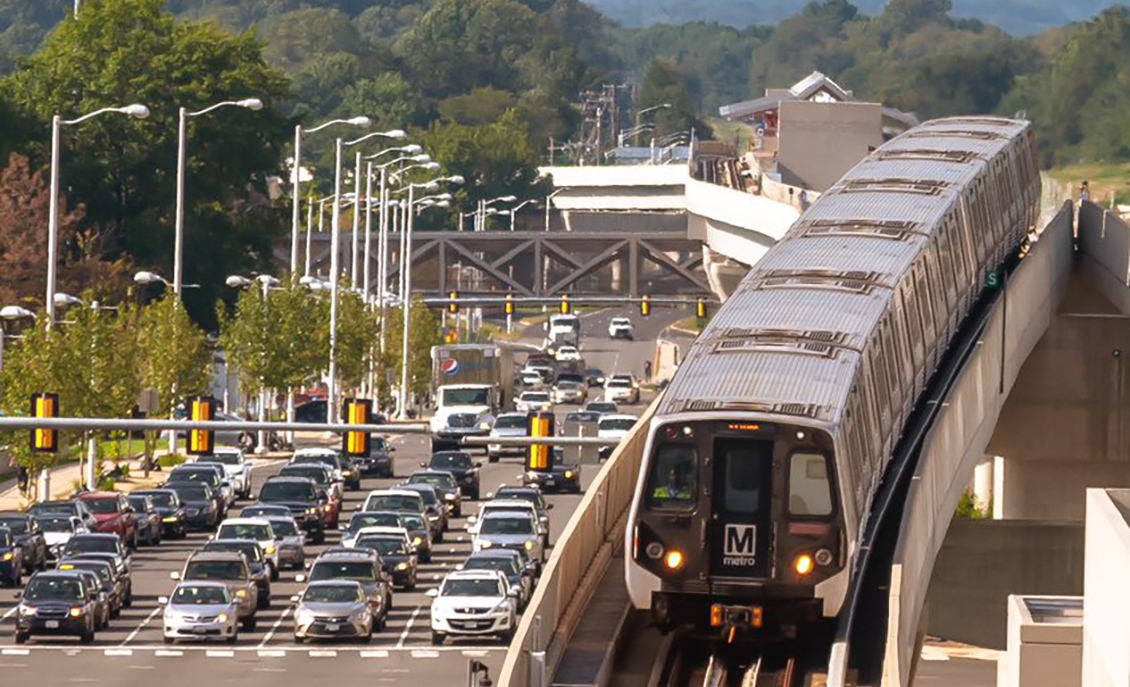 GHG emissions are a major contributor to global climate change, which will increase the number and severity of extreme weather events in the region. In the United States, the biggest source of GHG emissions is from transportation. Every trip taken with Metro and not a car reduces the region's carbon footprint. On average, traveling by Metro results in 46% less GHG emissions per mile than driving in a single-occupancy vehicle. Calculate your CO 2 savings with Metro's Trip Planner.

In 2019, Metro helped the region avoid tailpipe emissions equal to 300,000 metric tons of CO 2-the equivalent to emissions from burning approximately 40 million gallons of gasoline. 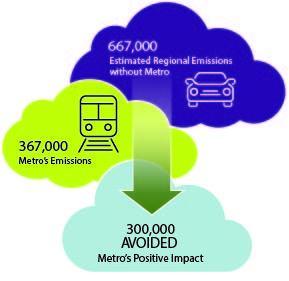 "Greenhouse gas displacement" measures Metro's impact by calculating the difference between Metro's emissions (e.g., bus tailpipe emissions) and the emissions Metro eliminates by replacing trips that would otherwise have occurred in single-occupancy vehicles. 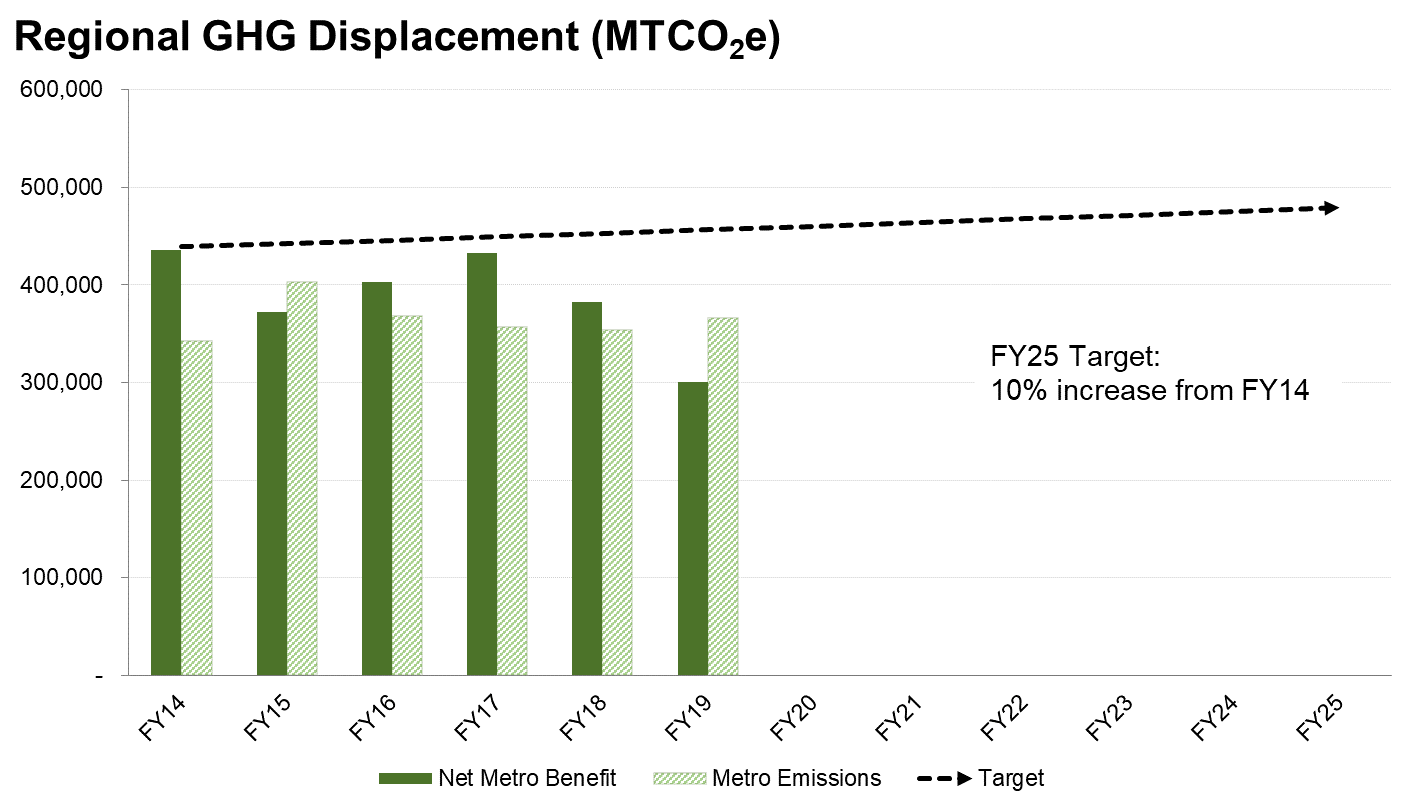 Metro's GHG emissions per mile - which include emissions from trains, buses, and facilities - have decreased by 11% since FY14. 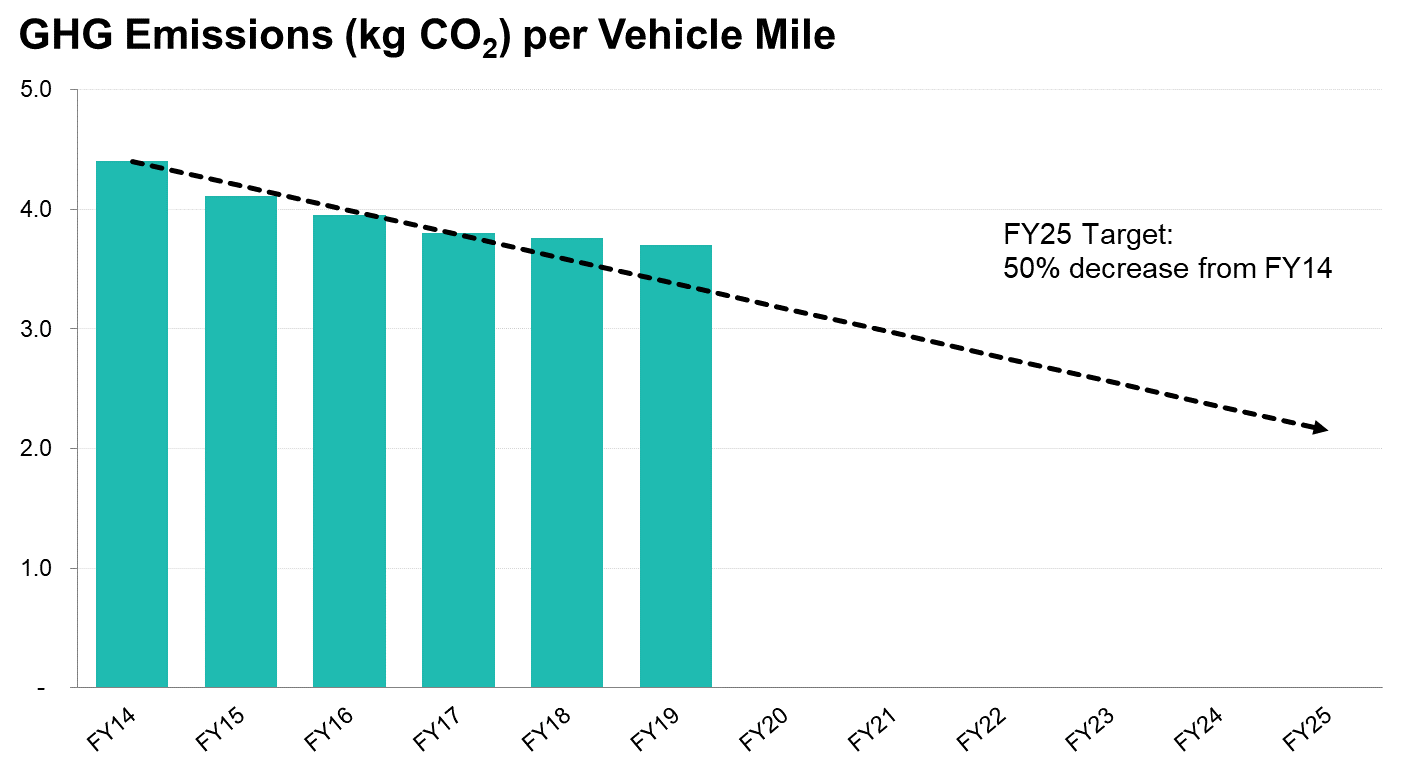 Key actions Metro is taking to reduce its own GHG emissions include:

Reducing Fuel Use in Buses. Metro is converting its bus fleet to alternative fuel types and more efficient buses, including compressed natural gas as well as more efficient clean diesel buses. Learn more about how these investments support Clean Air.

Reducing Energy Use in Facilities. By upgrading station and facility lighting to LED lighting technology, Metro uses significantly less energy and increases the time between light bulb replacements. Learn more about how Metro is implementing its first-ever Energy Action Plan.