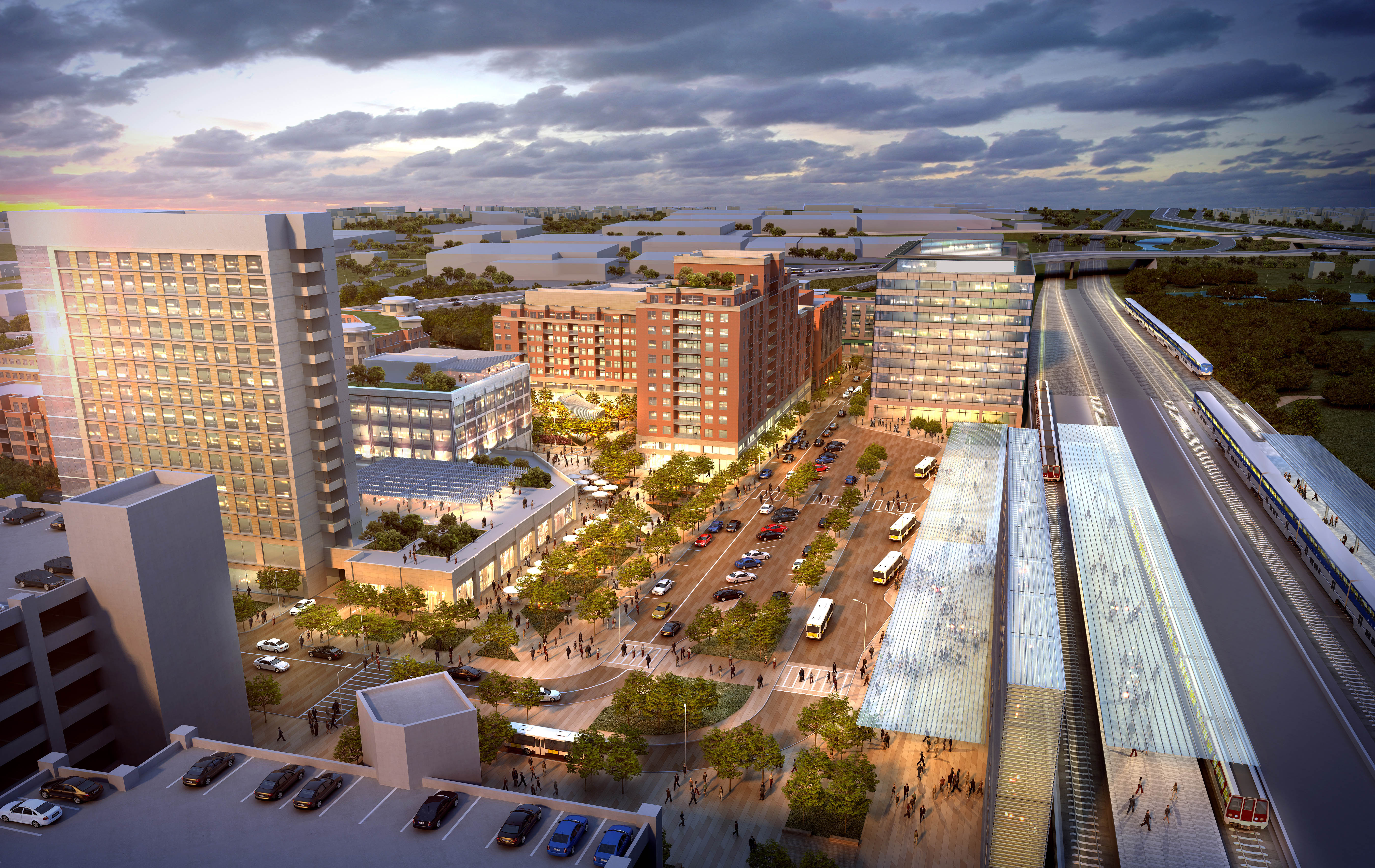 The project is occurring along the east side of the New Carrollton Metrorail Station.