The Bus Terminals in Chevy Chase and at Colorado Ave were built in the late 1930s and early 1940s, based on a prototype designed by Arthur B. Heaton under contract to the Capital Transit Company. These terminals were located where streetcar lines ended, and new bus lines extended – at this time Capital Transit had introduced buses as a means of public transportation in the District. Initially, buses were used to connect streetcar lines to more suburban areas outside of the city, but eventually became a primary means of transportation in the District and led to the phasing out of streetcars. 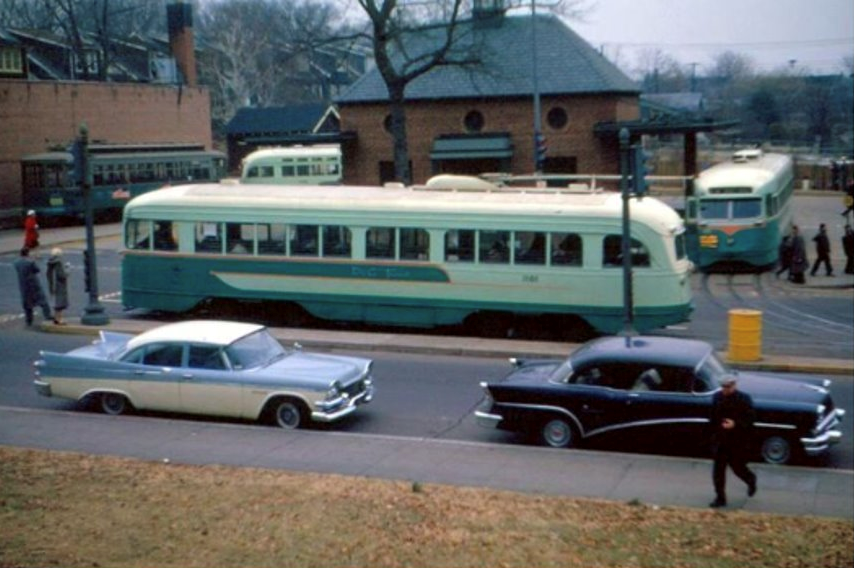 An old streetcar in the background at the Colorado Ave Bus Terminal with President's Conference Committee cars in the foreground, a part of the national effort in the 1930s to create a new standard streetcar type.

In 1940, the now bus terminal at Calvert Street was constructed as a Toddle House diner next to an existing trolley car open pavilion. Capital Transit used the pavilion as a Bus Stop when they began running bus routes instead of streetcars. The restaurant was abandoned in 1971 and has not been utilized since. The back area, however, was renovated in the 1970s and 1980s into a restroom and small break room for bus drivers. Today, the diner area remains separated from the rear part of the building and will continue to be partitioned off after the renovation. 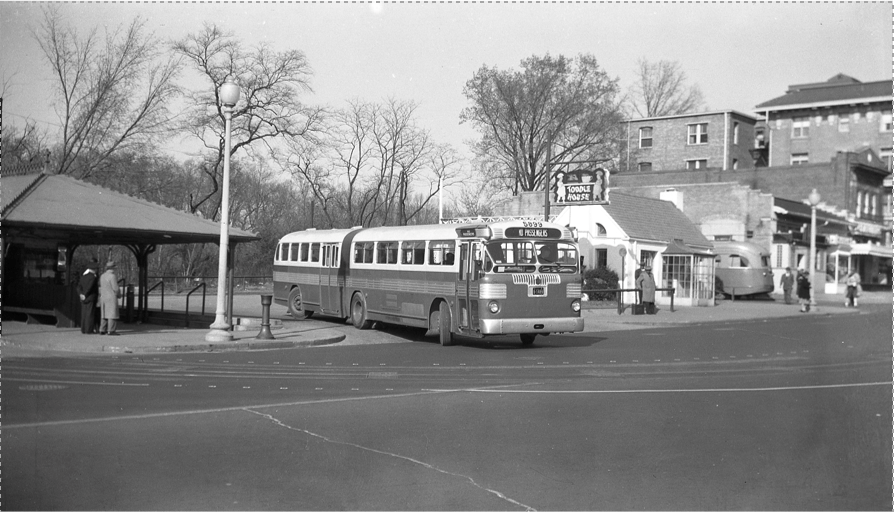 Calvert Street Bus Terminal ca. 1948 - The photo shows the Streetcar pavilion on the left, (designed by architect Waddy Wood and built in 1899 as the Rock Creek Streetcar Terminal, which has been demolished (1990) and was used as a bus terminal shelter (named the Calvert Street Waiting Station) beginning in 1935 when streetcar service terminated and only buses crossing the bridge over Rock Creek. The Toddle House restaurant is on the right, which was constructed in 1940 and abandoned as a restaurant in 1971 and has since been used for a bus terminal and restroom for bus operators.