Project Update – Sept. 29, 2022 - Metro is extending the closure of six stations south of Reagan National Airport due to unexpected site conditions and remediation efforts for the future Potomac Yard Station. Work to tie-in new tracks to the station, which was slated to conclude on Saturday, Oct. 22, will now end on Saturday, Nov. 5. Free shuttle bus service will continue to be available to customers through the extension. Read the press release.

Stay connected by signing up for our project newsletter.

Potomac Yard Station will be located at the southern end of National Landing on Metro's Yellow and Blue lines between the existing Ronald Reagan Washington National Airport and Braddock Rd stations. This project was initiated by the City of Alexandria and will be funded by tax revenues and developer contributions generated by planned new development in the Potomac Yard neighborhood, as well as state grants and loans and regional sources. The station will provide a wide range of benefits for Alexandria and the surrounding communities, including walkable access to regional transportation systems for residents in the northeast area of the city. This will be Metro's second infill station in the system's history after NoMa-Gallaudet U Station opened in 2004.

Potomac Yard Station prep work will require a six-week shutdown of rail service south of Reagan National Airport to connect new tracks that "tie in" the new station with the existing mainline rail system. Metro will also conduct engineering, testing, and commissioning needed to integrate the track, power, communications, and signal systems into the system during this time. Additional testing and training on weekends and overnights will follow this work to determine when service can begin, with the station expected to open later this fall. 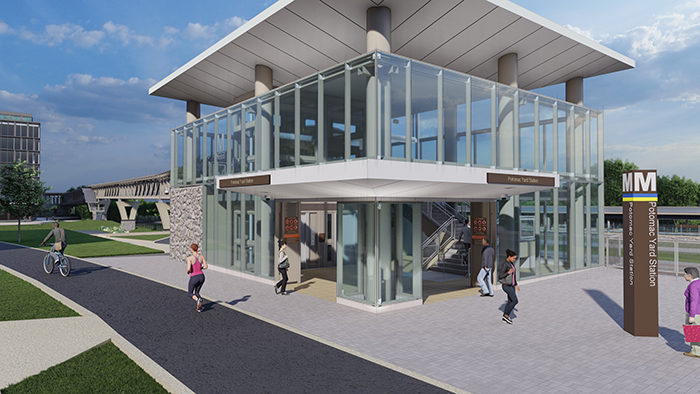 The Yellow Line tunnel and bridge project is critical to maintain safe, reliable service for customers. The bridge, constructed in the 1970s and supported by box-girder spans and piers, is now showing signs of wear and corrosion. Meanwhile, decades of water infiltration and underground moisture have eroded the steel-lined tunnels, subjecting the liner plates to corrosion. Metro continues to perform ongoing maintenance and leak mitigation; however, the original materials are ending their useful life and long-term repairs are necessary to ensure the tunnel is in good repair and can is in service for many years to come.

The work also includes upgrading the fire suppression system on the 3,000-foot bridge (which is beyond its useful life), replacing the bridge bearing and expansion joints, and remediation work in tunnels throughout the system to repair cracks and additional water infiltration. 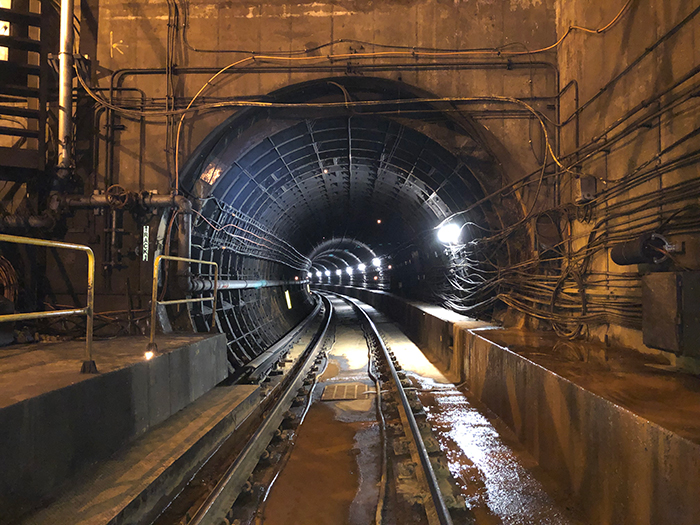 Sept. 10, 2022 - May 2023: No Metrorail service between Pentagon and L'Enfant Plaza stations as crews work on the Yellow Line tunnel and bridge rehabilitation. Yellow Line stations will be served by the Blue or Green lines.

Fall 2022: Rail service will resume south of Reagan National Airport on November 6, and no stations will be closed. Potomac Yard Station will open in early 2023.

Stay up to date on the latest project news by signing up for our newsletter.

Metro is investing in system safety, reliability and the region's economy through its 10-year, $15 billion capital program. For the first time in Metro's history, the capital program is bolstered by dedicated funding from Maryland, Virginia, and the District of Columbia. The capital program will improve the customer experience and keep the region's infrastructure in a state of good repair by investing in new railcars and buses, improving stations and platforms, upgrading fire-suppression and emergency response systems, replacing and repairing tracks, tunnels, bridges, signals, and communications systems, rebuilding decades-old bus garages, and providing modern customer amenities such as passenger information systems. By spending local taxpayer dollars for capital projects, Metro is seeking to reinvest in our hometown economy, creating jobs and encouraging participation from disadvantaged, minority-owned, and small businesses in the region. Read more.