Temporary bus shelters at the west side bus loop.

As part of the Rockville station bus shelters replacement project, the Art in Transit program realized colorful graphics printed on PVC boards and installed on the seven temporary bus shelters to create a bright and cheerful environment around the station's west side bus loop. The graphics are based on renderings of the station realized by Harry Weese & Associates and have been enhanced with bold color backgrounds. The bus shelters are visible both from the bus loop and from the Metrorail platform. 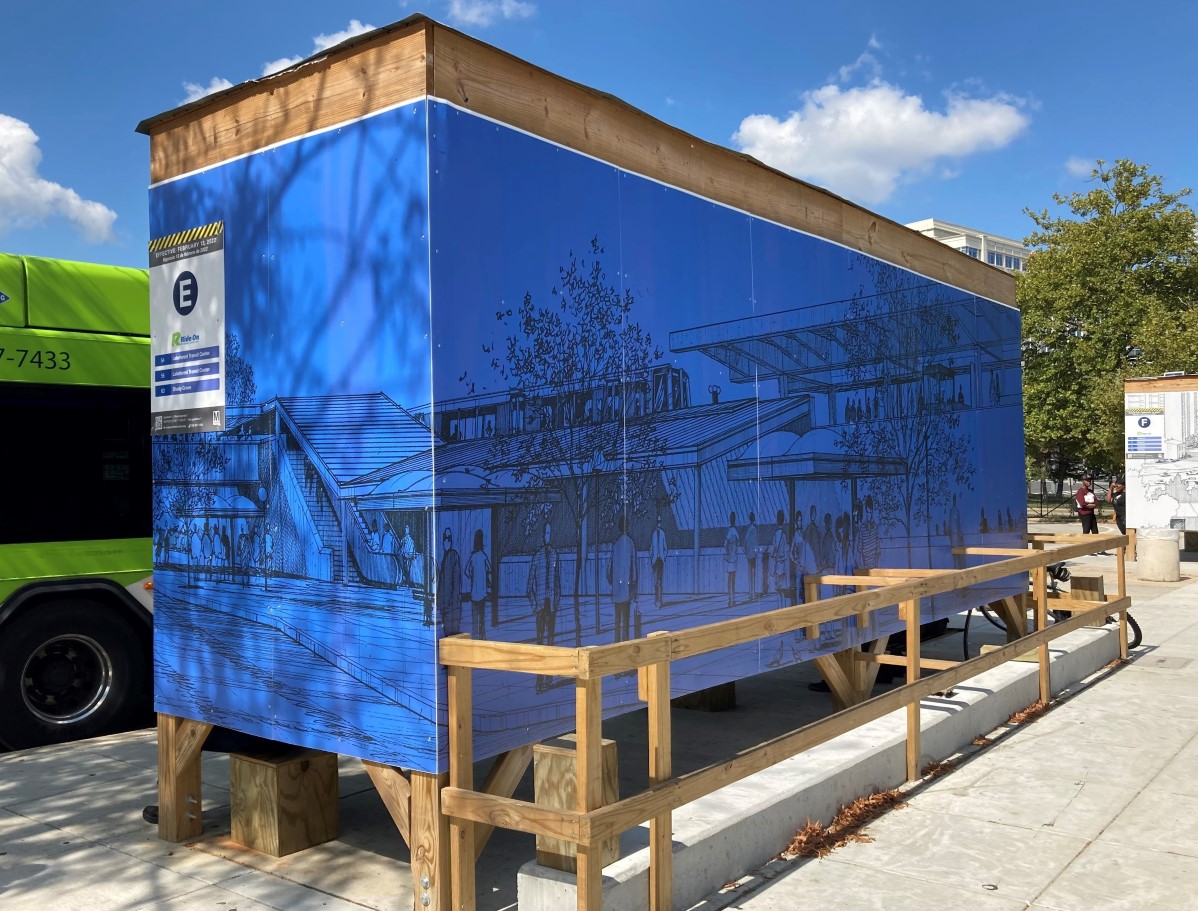 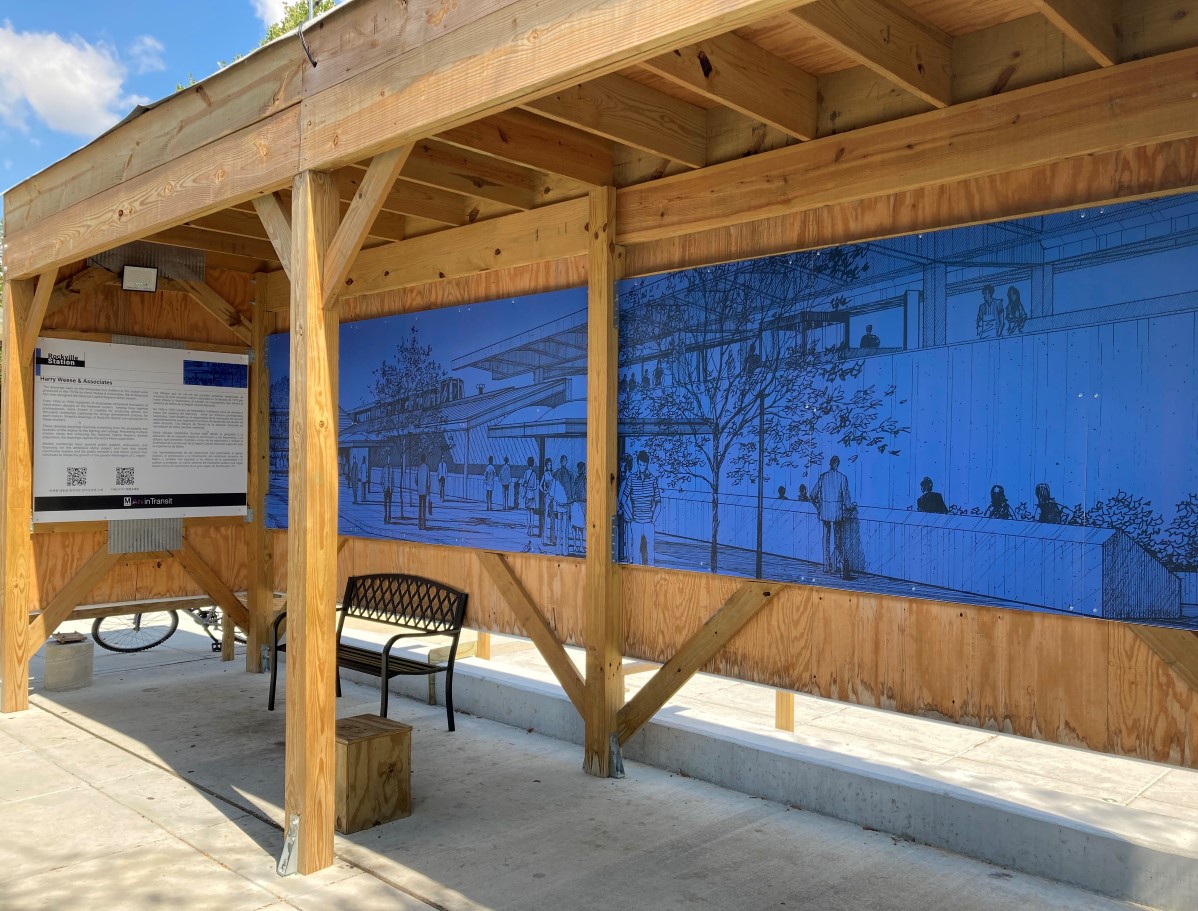 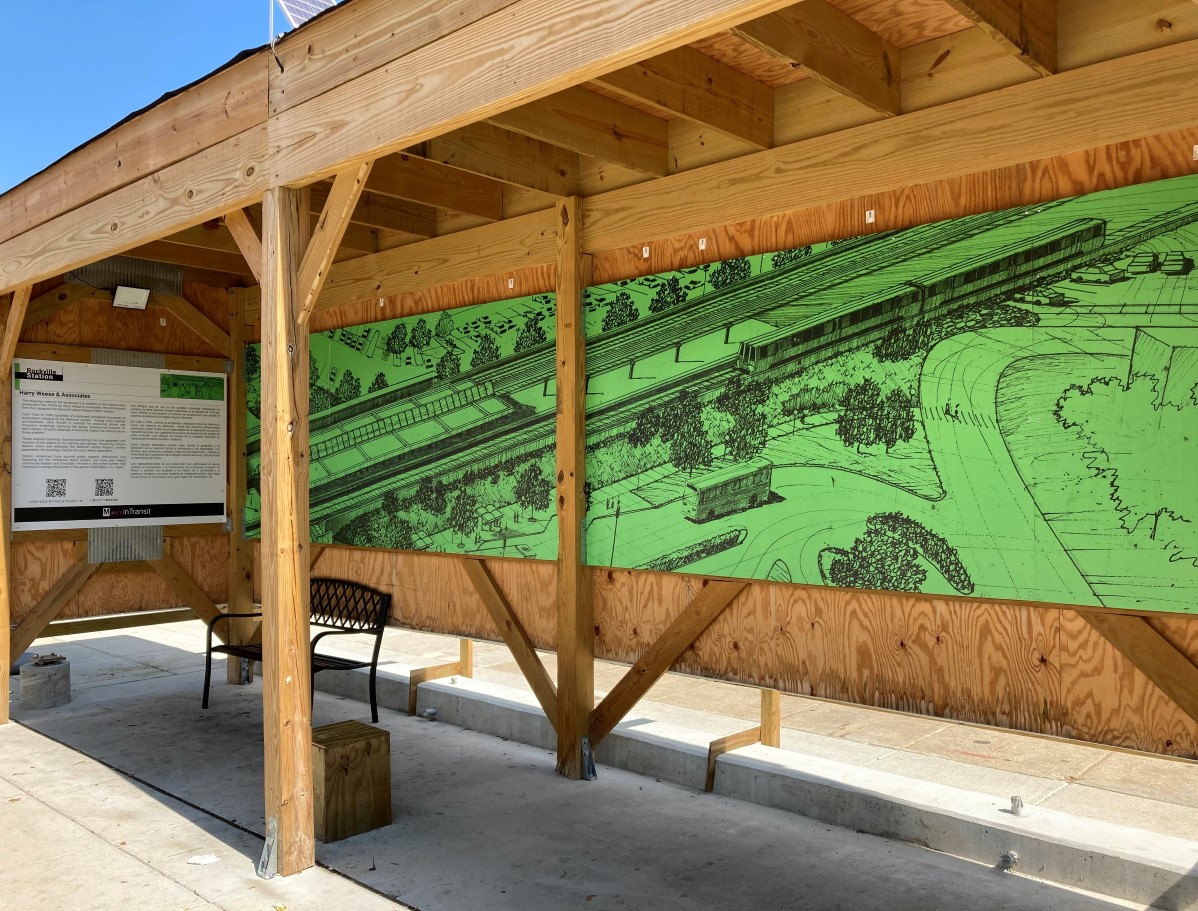 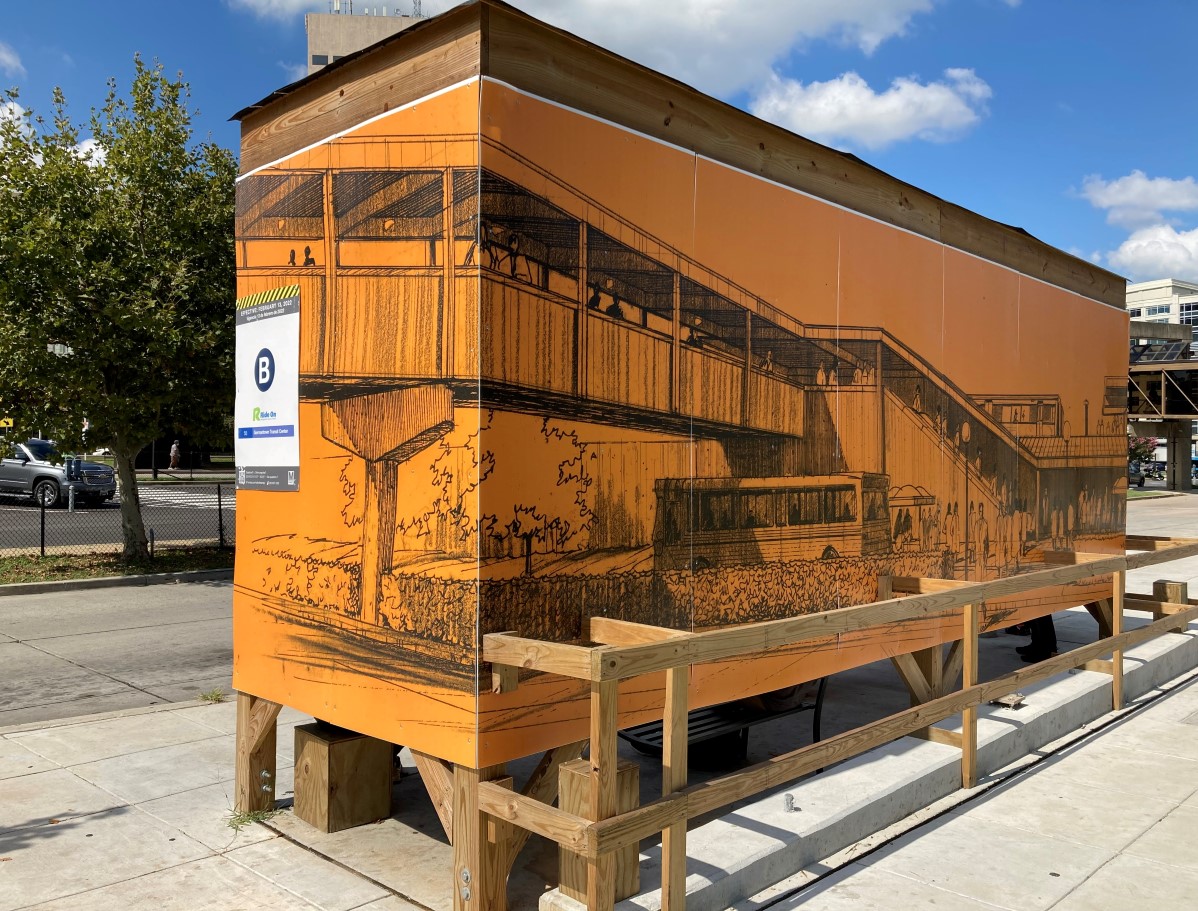 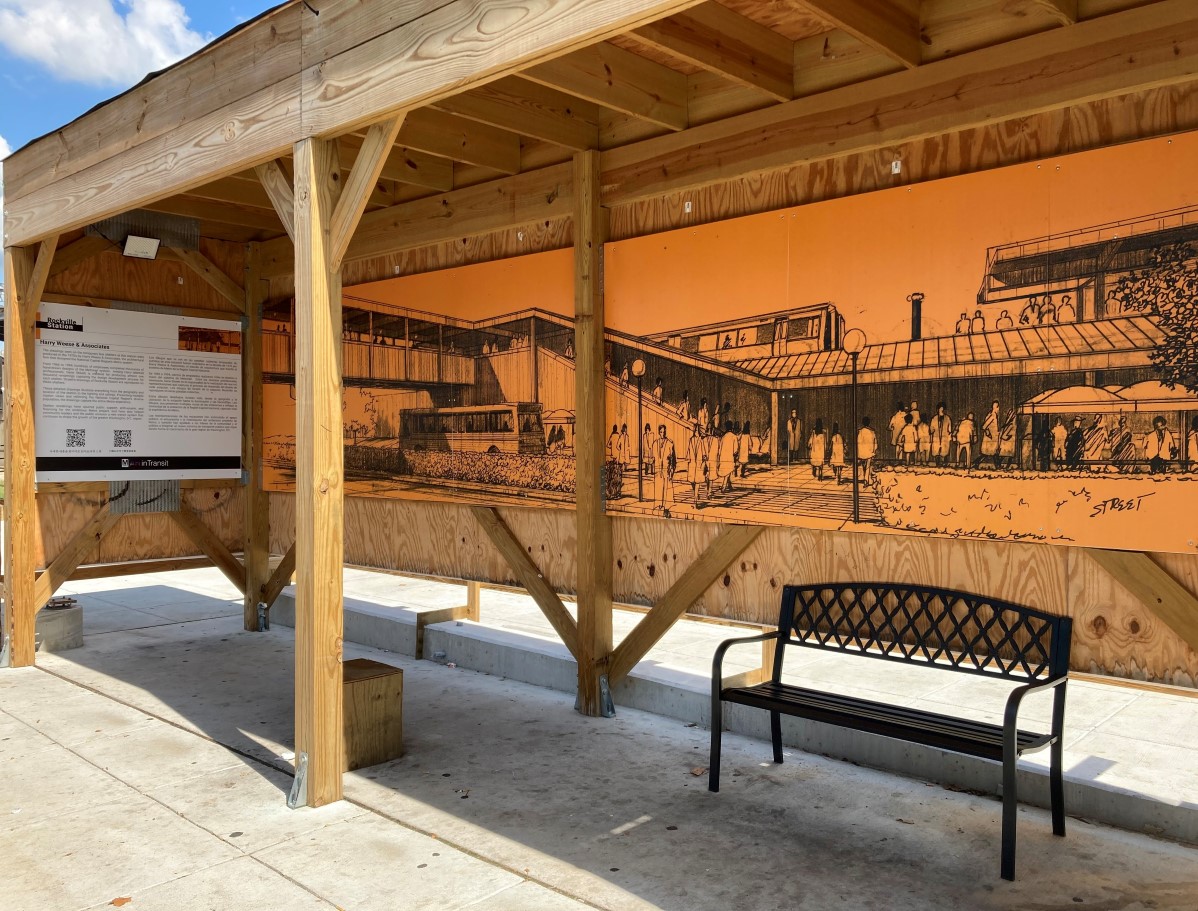 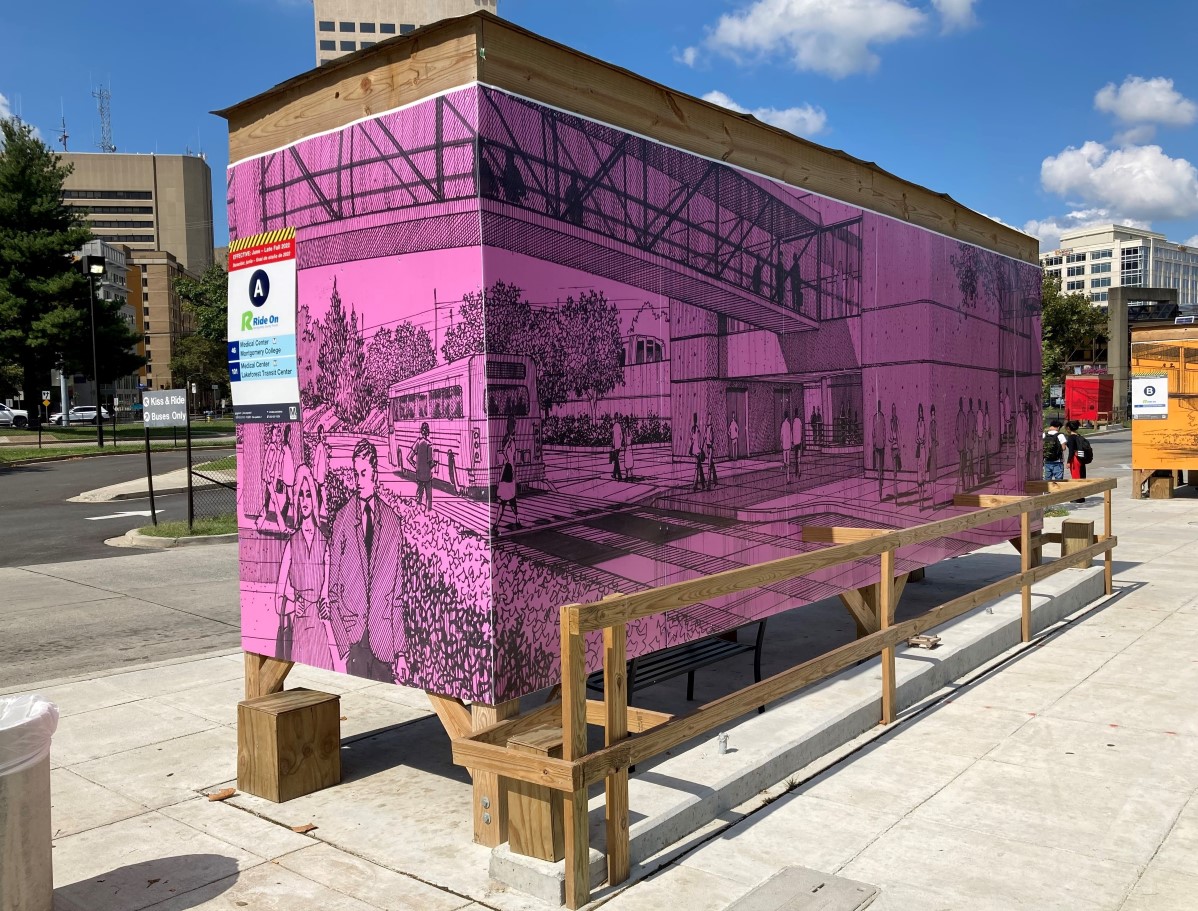 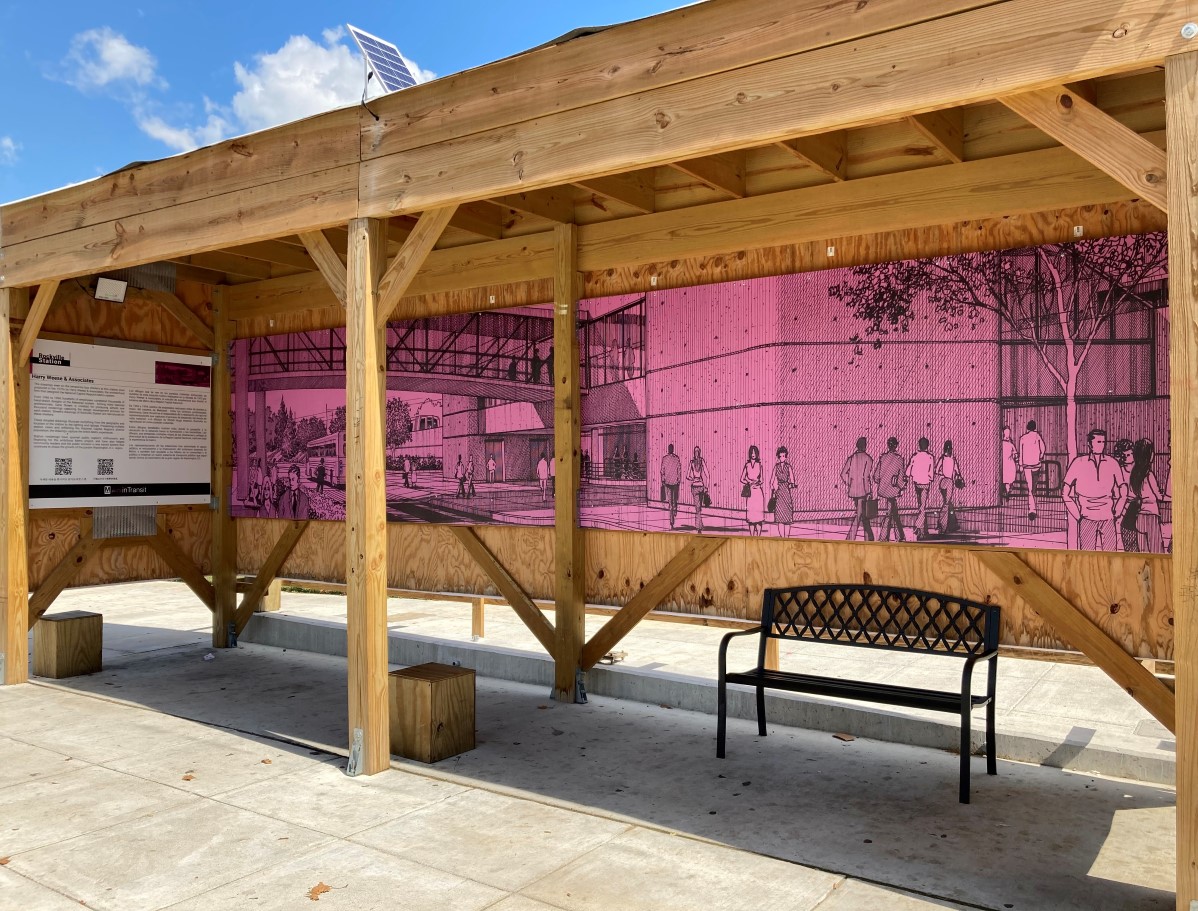 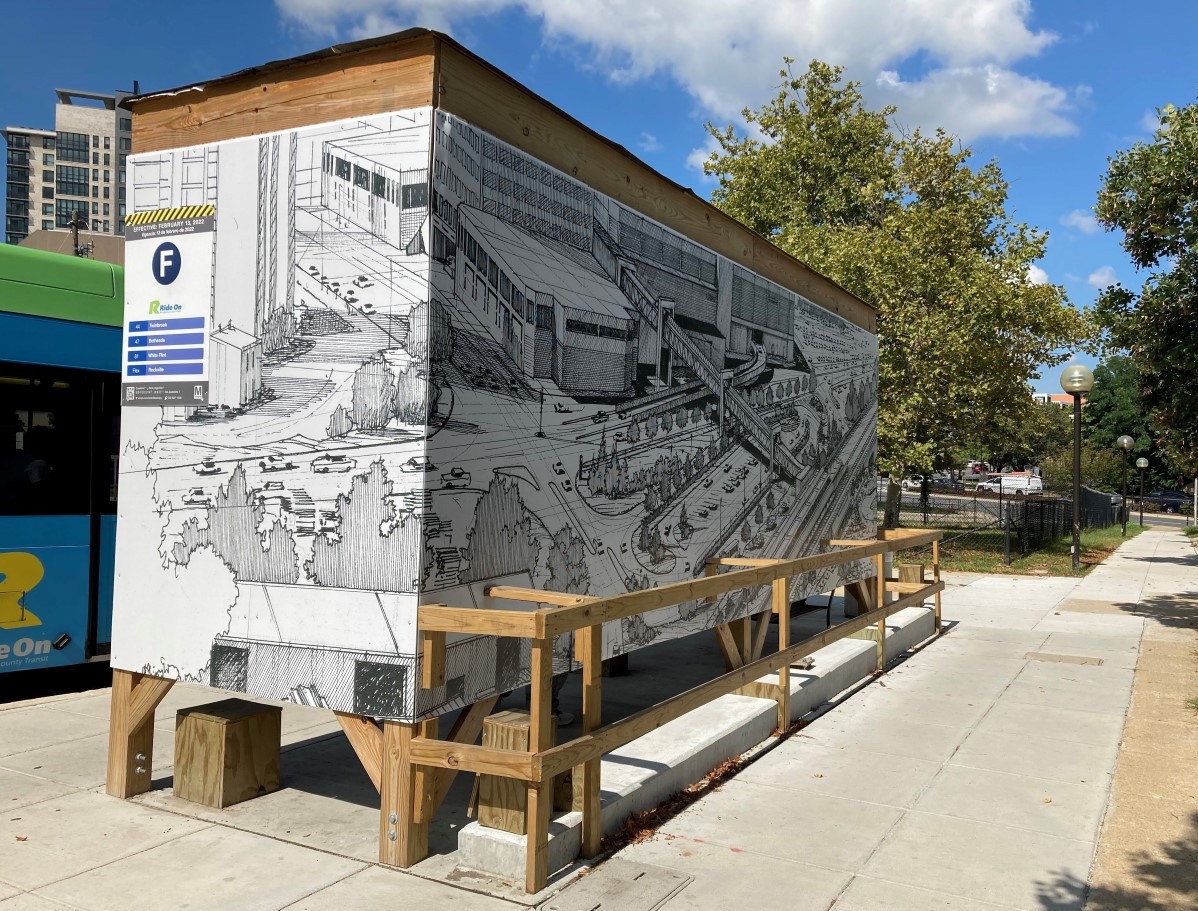 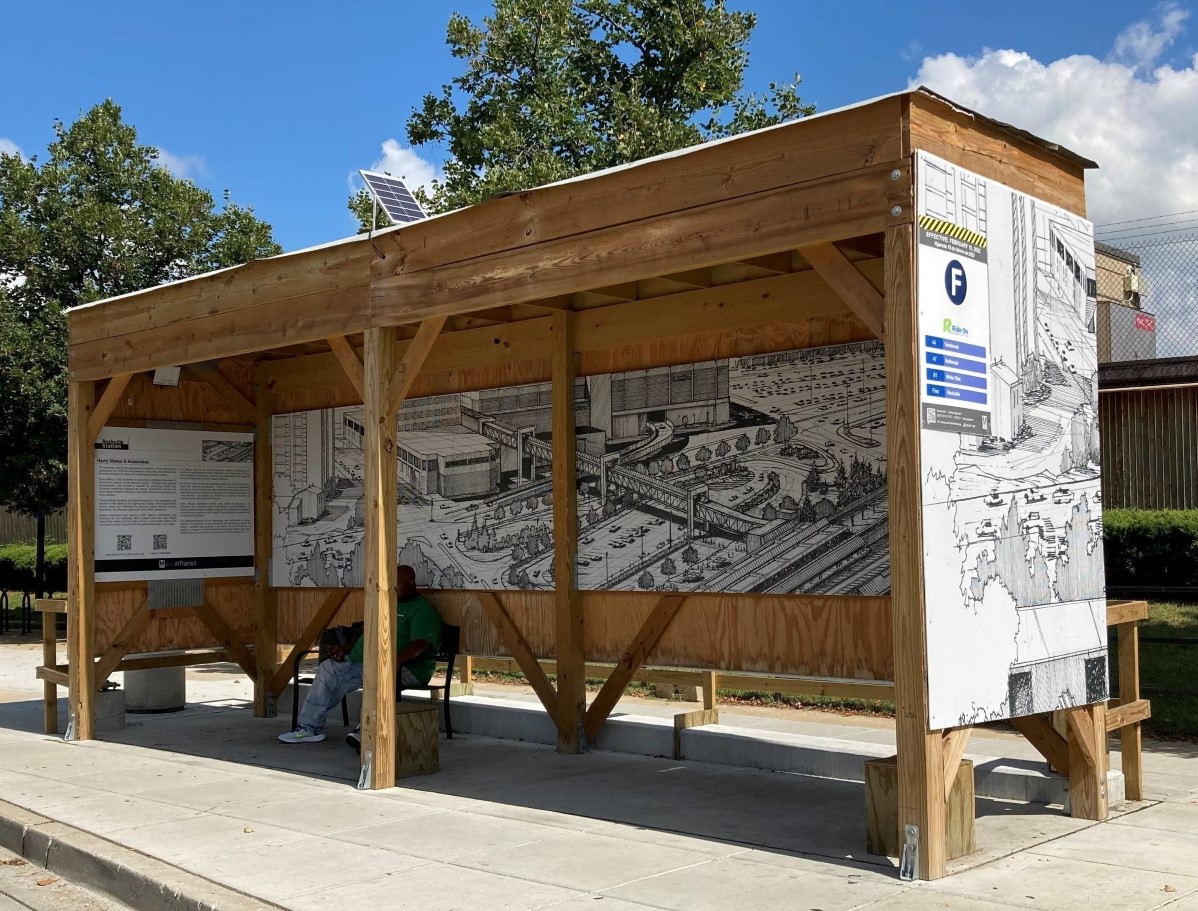 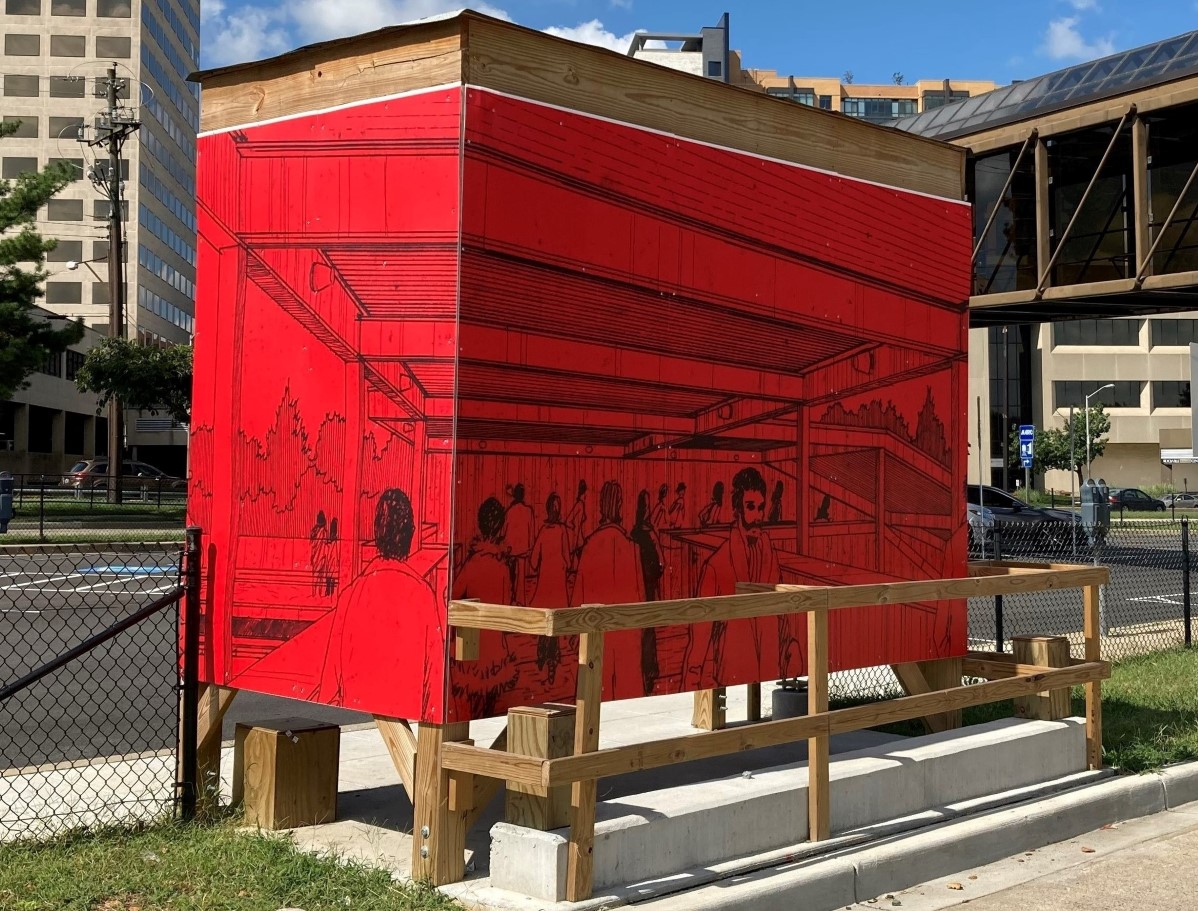 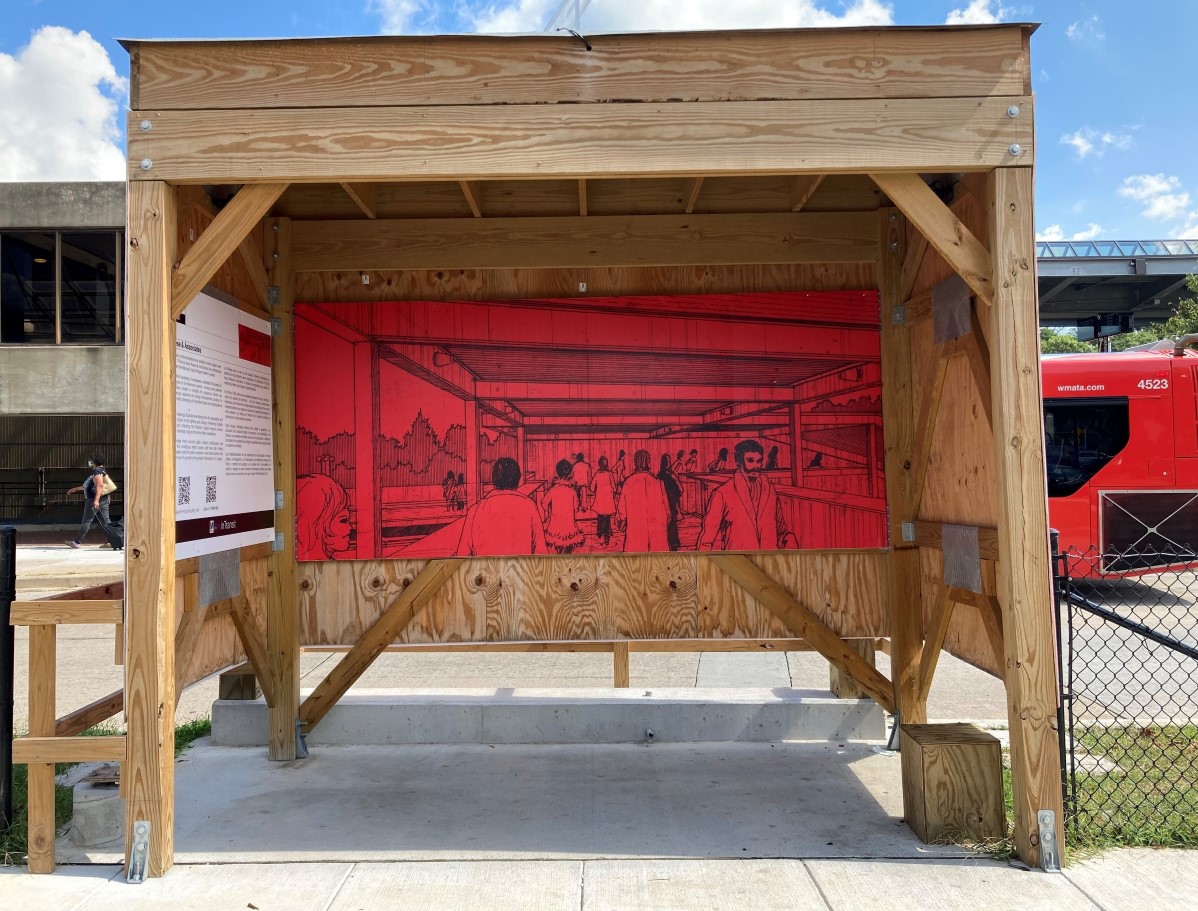 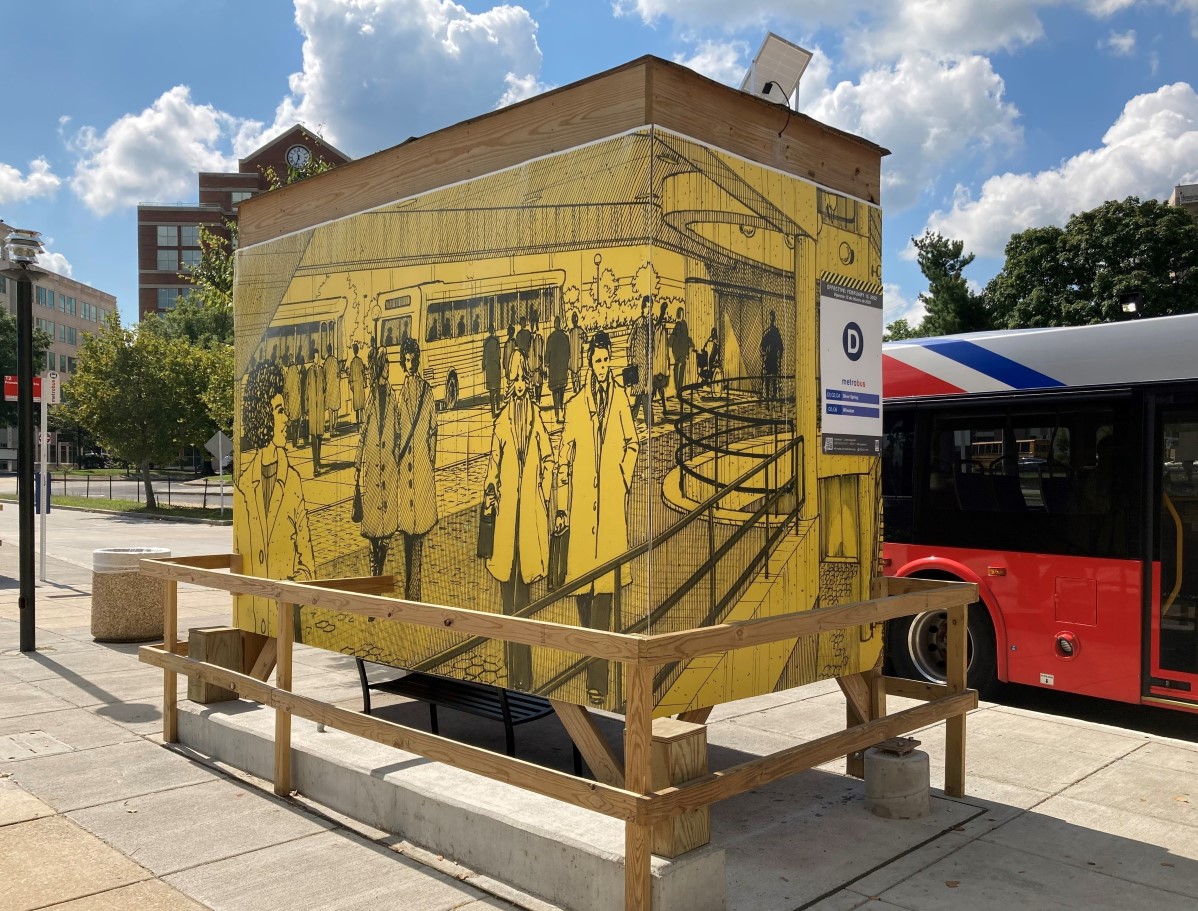 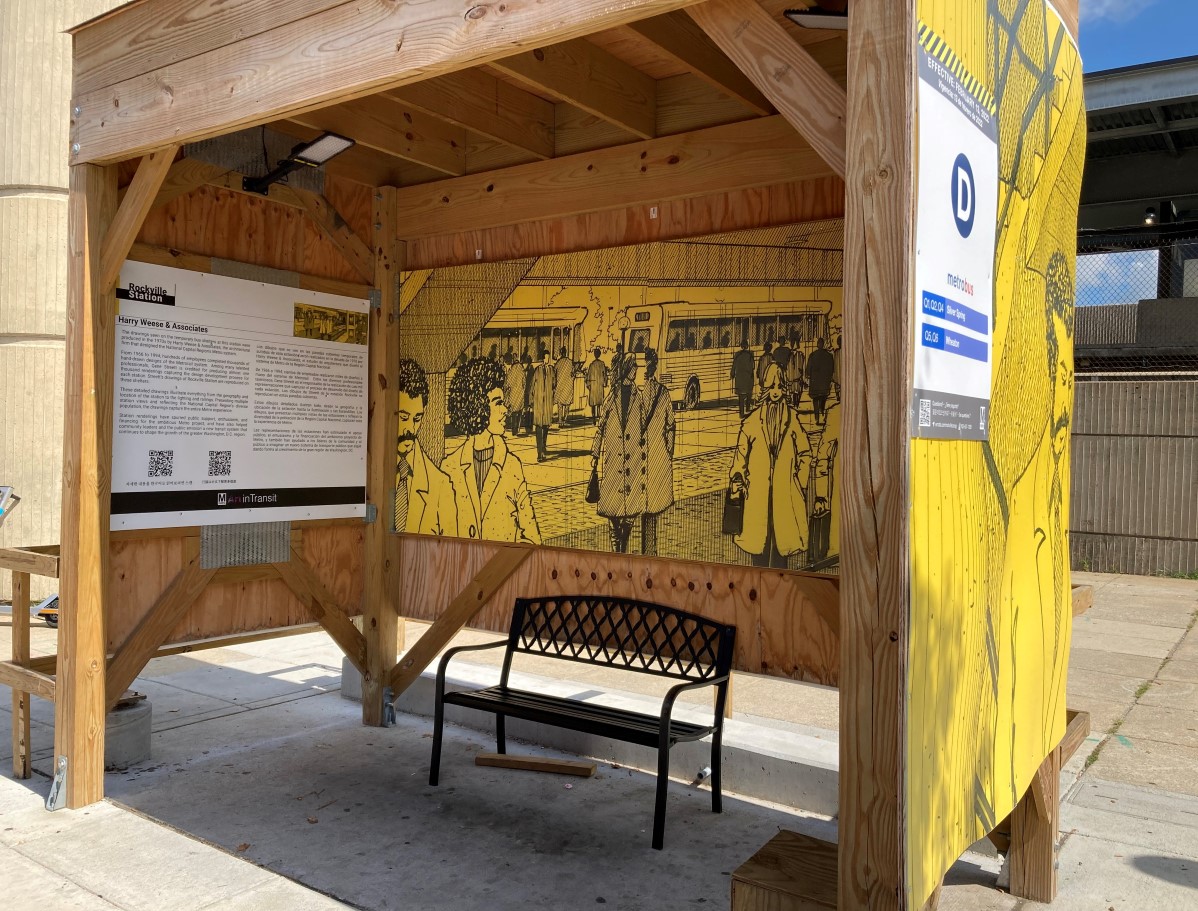 The drawings seen on the temporary bus shelters at this station were produced in the 1970s by Harry Weese & Associates, the architectural firm that designed the National Capital Region's Metro system.

From 1966 to 1994, hundreds of employees completed thousands of hand-drawn designs of the Metrorail system. Among many talented professionals, Gene Streett is credited for producing almost one thousand renderings capturing the design development process for each station. Streett's drawings of Rockville Station are reproduced on these shelters.

These detailed drawings illustrate everything from the geography and location of the station to the lighting and railings. Presenting multiple station views and reflecting the National Capital Region's diverse population, the drawings capture the entire Metro experience.

Station renderings have spurred public support, enthusiasm, and financing for the ambitious Metro project, and have also helped community leaders and the public envision a new transit system that continues to shape the growth of the greater Washington, D.C. region.