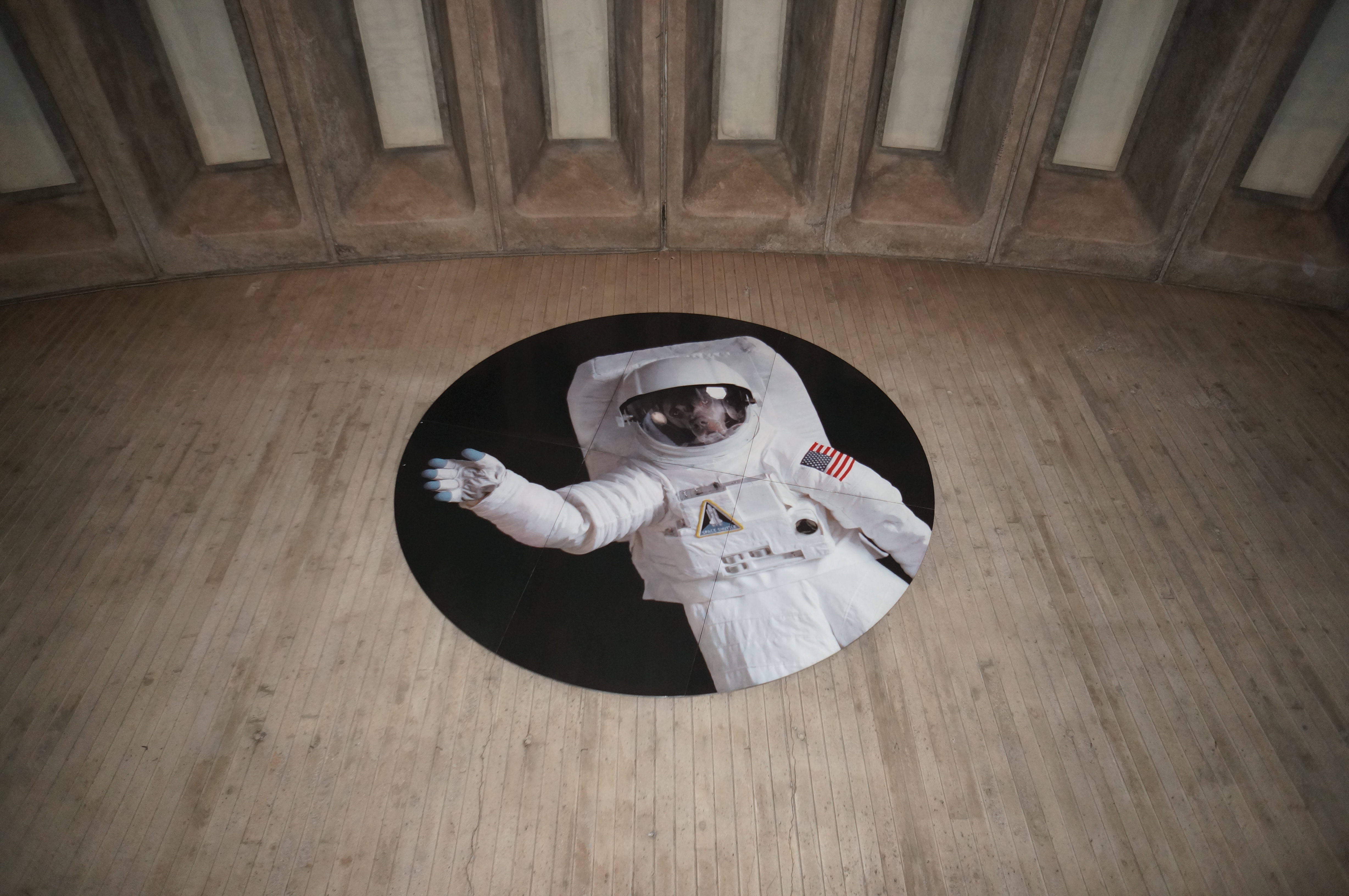 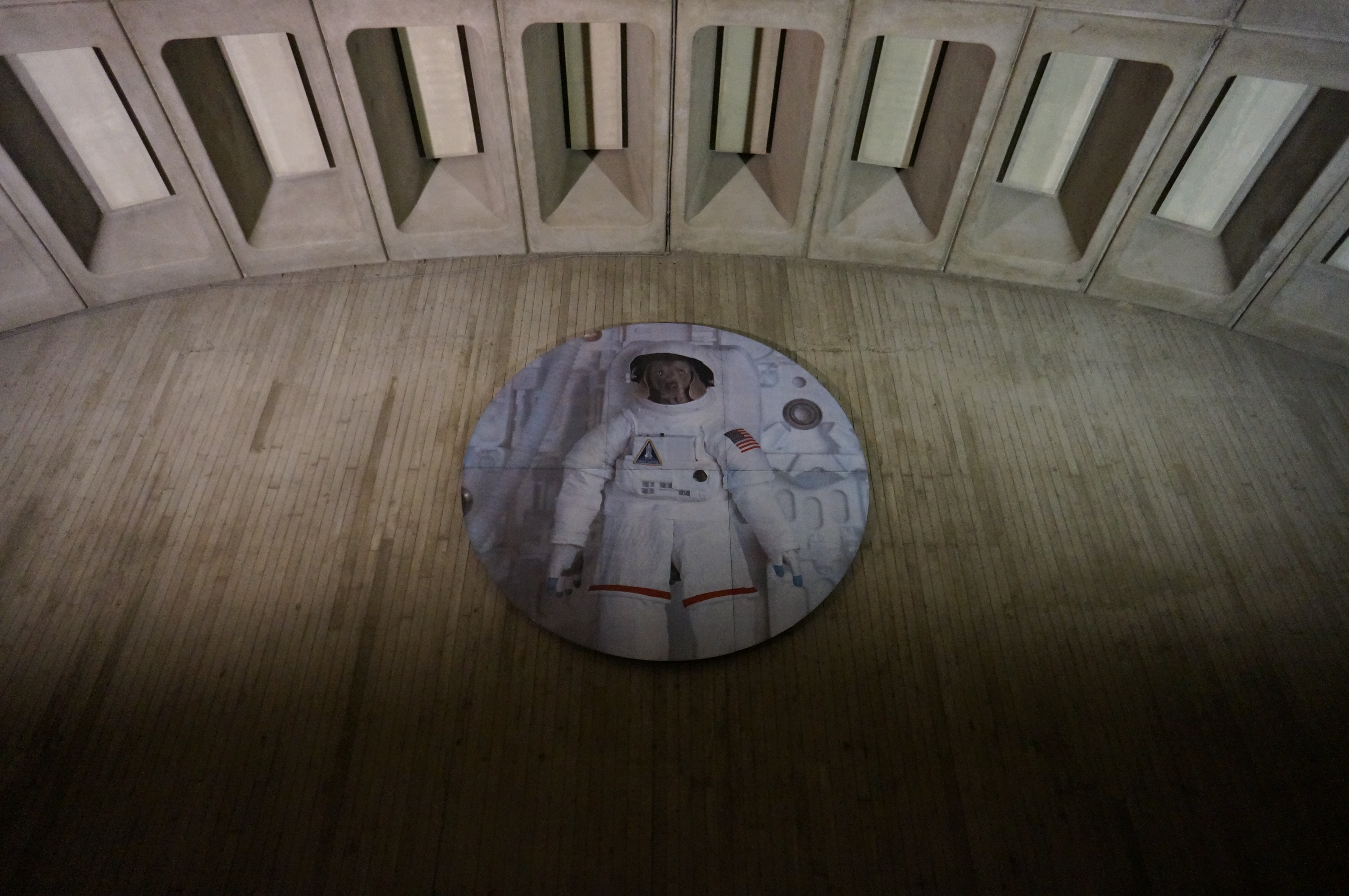 Two porcelain enamel circular photomurals by photographer William Wegman, depicting his Weimaraner dogs in faux NASA space suits.  The photographs were installed at L'Enfant Plaza station due to its close proximity to the NASA Administrative Offices and the National Air and Space Museum.

The photos were part of a commission from the NASA Art Program and were primarily funded by the DC Commission on the Arts and Humanities in partnership with the Metro Art in Transit Program.

William Wegman was born in 1943 in Holyoke, Massachusetts. He received a B.F.A. in painting from the Massachusetts College of Art, Boston in 1965 and an M.F.A. in painting from the University of Illinois, Champagne-Urbana in 1967. Famed for his popular images of Weimaraner dogs acting out in human situations, Wegman put his subjects in a space suit loaned by NASA. The finished photos of dogs floating in microgravity are displayed on a pair of circular murals in the L'Enfant Plaza Metro Station, one of the busiest stops of the DC Metro system.