Connie is well known as the creator of 'Yellow Line', a public artwork located in the Washington, D.C. Metro system at the Gallery Place station.

This project was made possible in part by the DC Commission on the Arts & Humanities and the Arts Consortium.

Constance Fleres is a contemporary artist whose multimedia works embrace a theme of movement and reflective light. She has taught in the Washington, D.C. area, as well as New Zealand, and has exhibited in galleries throughout the United States and overseas. Her works are in various public and private collections worldwide. She resides in Alexandria, Virginia. 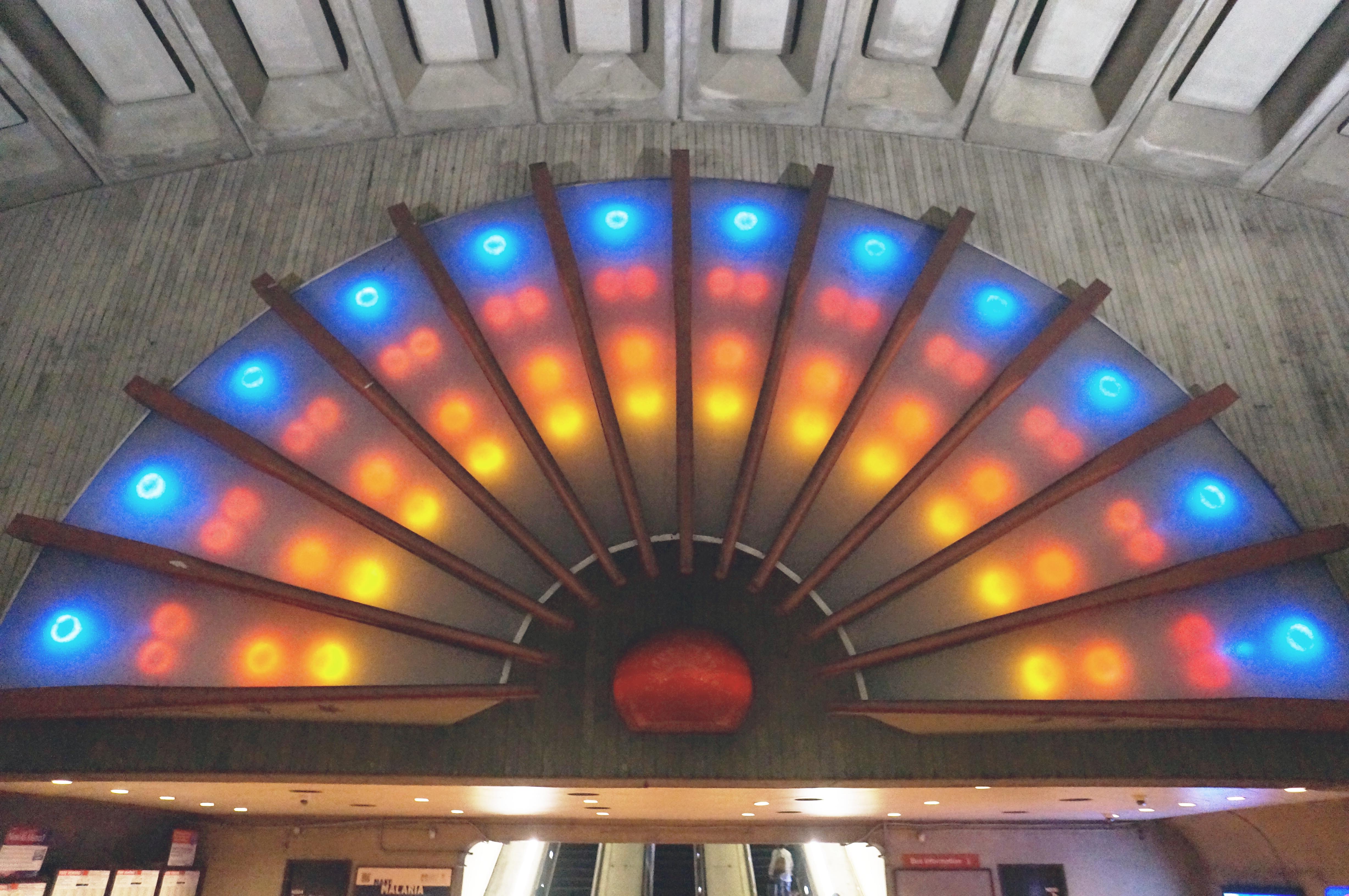 The wall sculpture serves as a gateway to historic Chinatown. The thoughtful use of materials evokes images of everyday objects found in traditional Chinese culture including, fans, chopsticks, rice paper and lanterns. The artist sought to pay homage to early Chinese descendants who settled in the Nation's Capital.

This project was made possible in part by the DC Commission on the Arts & Humanities.

Born in Macao, China in 1953, artist Foon Sham arrived in the United States in 1975. Over the years, he studied at several notable colleges, ultimately receiving a B.F.A from the California College of Arts and Crafts, Oakland, California in 1978 and an M.F.A. from Virginia Commonwealth University, Richmond, Virginia in 1981. A large portion of Mr. Sham's body of work consists of varying size sculptures which utilize a diverse array of hard woods, orchestrated in organic forms. The Glory of Chinese Descendants, commissioned for WMATA in 2000, deviates from the majority of his work in terms of materials used.