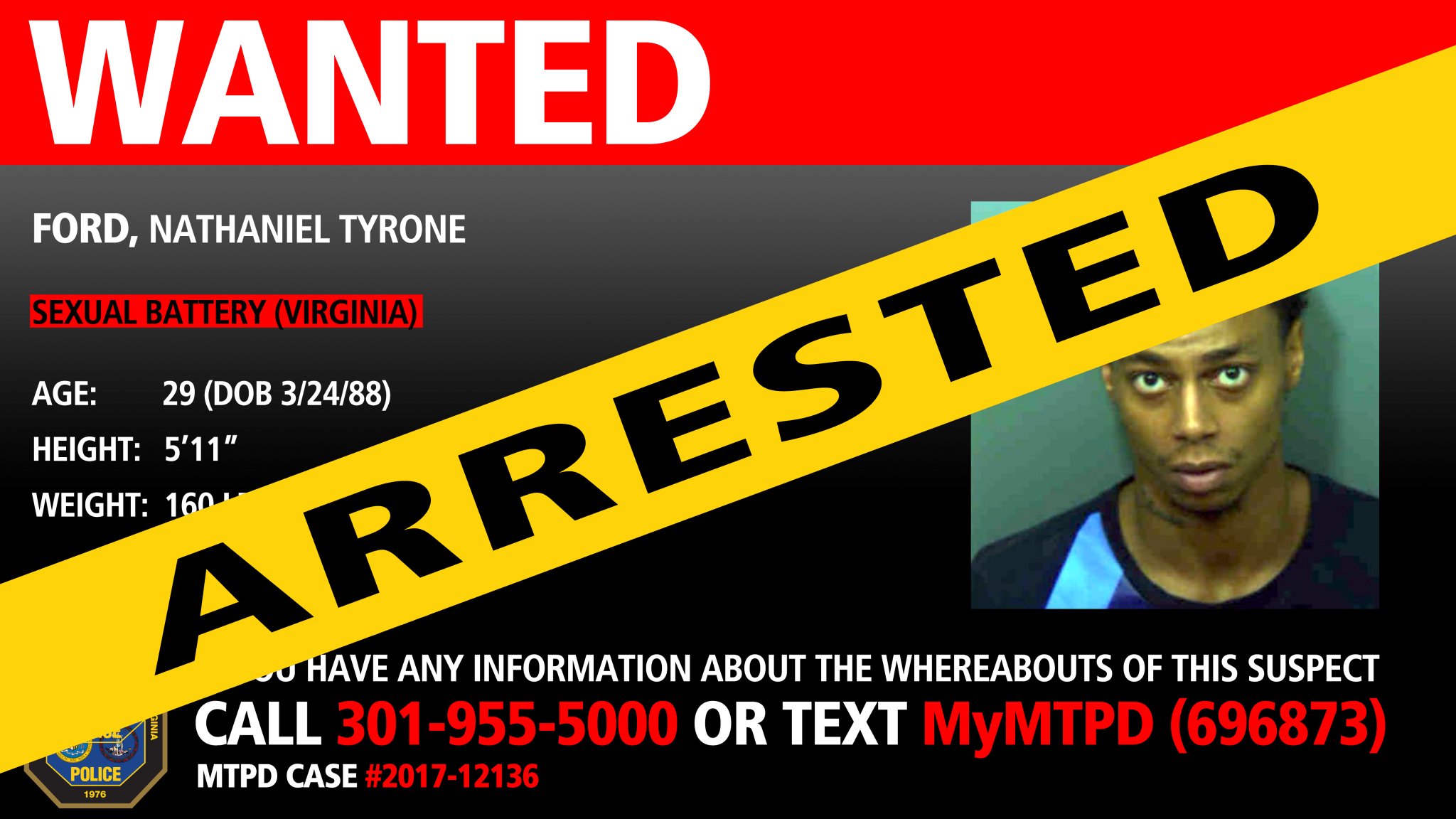 Ford’s arrest this morning stems from an incident on June 5, 2017, in which he allegedly committed sexual battery against an adult female victim aboard a train in the area of West Falls Church Station. The victim identified the suspect as Ford and recognized him from being previously victimized in a similar incident that occurred in January 2016.

Ford has a criminal history that includes more than two dozen prior arrests for indecent exposure, many of which occurred on Metro. In addition, Ford has been stopped 11 times for fare evasion (failure to pay fare) on Metro. Unlike many other transit systems, Metro currently does not have the ability to bar individuals who commit repeat offenses. Currently, the only way to keep an individual off Metro is through a court-issued stay away order.

Ford was arrested this morning by MTPD in Washington, DC. He is currently being held pending extradition to Fairfax County.