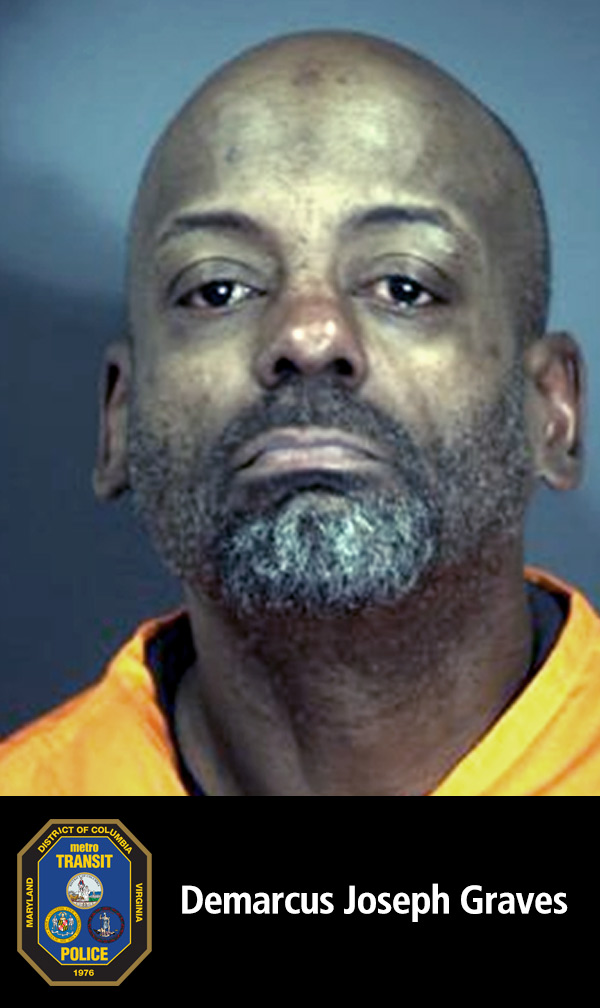 Shortly after 7 p.m. Sunday, an individual, subsequently identified as Graves, was observed on Metro digital video systems entering Minnesota Avenue Station making no attempt to pay the fare. The subject walked upstairs to the train platform where he came upon a LimeBike (bike share bicycle) that had been left there by a Metro customer.

For unknown reasons, at 7:03 p.m., the subject is observed picking up the LimeBike and throwing it onto the inbound Metro tracks. The bike landed between the two rails and was struck by an arriving Orange Line about 90 seconds later. Passengers aboard the train were safely offloaded to the platform; there were no injuries.

The impact with the bicycle caused significant damage to the undercarriage of the train. Metro was forced to single track around the incident for more than four hours before the train could be moved.

Graves is also alleged to have picked up a paper food box and lit it on fire on the platform. He then exited the station and walked southbound.

Metro Transit Police were able to quickly review digital video of the incident and share it with responding officers who located Graves about a quarter mile from the station in the 3800 block of Minnesota Ave, NE.

Graves was positively identified and placed under arrest. Police also determined Graves had an open warrant from DC Superior Court. He is expected to make his first court appearance today.