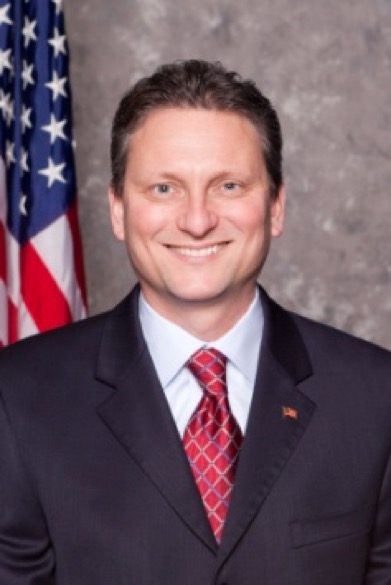 With unanimous Board support, Geoffrey Cherrington was named Metro’s new Inspector General today. Mr. Cherrington will be formally appointed at WMATA’s next Board of Directors meeting on March 23 and start on April 17.

“I look forward to working with the Board and the General Manager to ensure we continue to maintain the safety and security of Metro and that programs and operations are efficient,” said Cherrington.

Cherrington currently serves as the Assistant Inspector General for Investigations (AIGI) at the U.S. Department of State (DOS) where he is responsible for overseeing worldwide investigations and other law enforcement efforts within the State Department, the Broadcast Board of Governors, and the International Boundary and Water Commission.

Upon entering the Senior Executive Service in 2007, he served as the Deputy AIGI at the U.S. Department of Agriculture (USDA) and then the AIGI at the General Services Administration (GSA). Prior to his Executive Service, Mr. Cherrington spent 13 years with the Department of Defense, Defense Criminal Investigative Service and 10 years in the U.S. Army, where he served as a Criminal Investigation Command Special Agent and was deployed during Operation Desert Storm.

“With nearly 30 years of public sector experience, Mr. Cherrington brings a wealth of knowledge and investigative expertise to this role at a critical time for Metro,” said Metro Board Second Vice-Chair and Audits and Investigations Committee Chair Jim Corcoran. “Geoff is an energetic leader who believes in building relationships and who is committed to ensuring the Office of Inspector General is a resource for the Authority.”

“I also want to thank Metro’s retiring Inspector General Helen Lew for her service to the Authority. The Board wishes her well in retirement and looks forward to recognizing her achievements at the March 23 Board meeting,” said Corcoran.

Cherrington’s salary will be $235,000. He has a bachelor of science in psychology from the University of the State of New York and a master of science in criminal justice administration from Lynn University. He is also a graduate of the Federal Executive Institute’s Leadership for a Democratic Society.

Lew will continue to serve as Metro’s Inspector General until Cherrington starts next month.