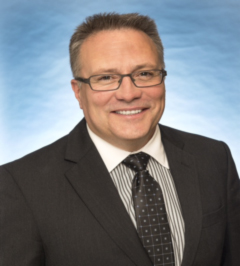 After 30 years in transportation operations, Joe recently served as a consultant to the General Manager/CEO on rail organizational and fleet management as an associate for Bianco Associates.

“Working with Joe on restructuring Metro’s rail operations gave me an opportunity to learn his strategic approach to operational safety, day to day safety culture, and his customer service orientation, which are consistent with the way I want Metro to conduct itself moving forward,” said Paul J. Wiedefeld. “I am pleased that Joe sees us as an organization that is changing and hungry for improvement, and that he is enthusiastic about taking on this crucial role.”

Until this year, Leader served as Senior Vice President of the Department of Subways, New York City Transit, which includes 27,000 employees, 800 track miles and 469 stations. He previously served as Chief of Safety Investigations for NYC Transit. Through a strong incident command structure and a solid safety and customer service culture, Leader and his team were credited with restoring service in the wake of Superstorm Sandy. He also led a comprehensive maintenance program that accelerated track work, and improved safety and productivity.

Leader has an electrical engineering degree from Manhattan College and serves as a local volunteer firefighter.

In a notice to Metro employees today, Wiedefeld thanked Jack Requa for his support as Acting COO, and said he will resume his role as Executive Managing Officer.