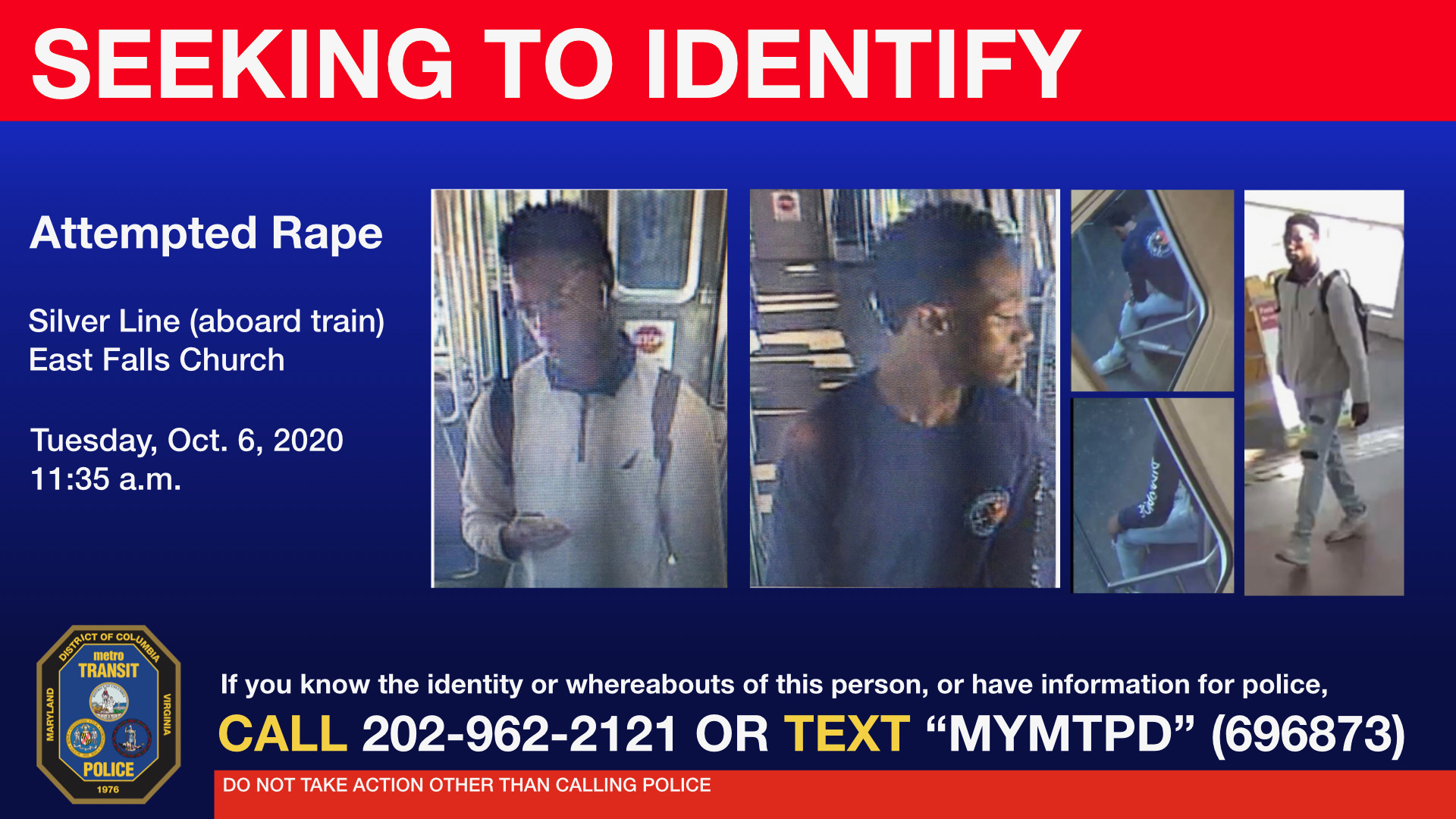 Metro Transit Police are seeking the public's assistance to identify the suspect of an attempted rape today, October 6, aboard a Silver Line train in northern Virginia.

The incident took place between McLean and East Falls Church stations at approximately 11:35 a.m. The suspect, who boarded the train at Wiehle-Reston East, physically assaulted an adult female, attempted to remove her clothing, and exposed himself.

The victim was able to escape the train at East Falls Church Station, where MTPD responded. The victim's young child is believed to be the only other individual on the rail car at the time of the incident. It has been determined that the suspect exited the system at Foggy Bottom Station.

The suspect was last seen wearing a dark colored shirt with the words "Piranha Joe" on the left sleeve, a logo of a circle and a fish on both the rear and left breast areas of the shirt.

Anyone with information about this incident or the person of interest shown is urged to contact Metro Transit Police detectives by calling (301) 955-5000. Tips may also be sent via text message to "MyMTPD" (696873).