Anonymous tip leads to arrest of man with gun on Metro 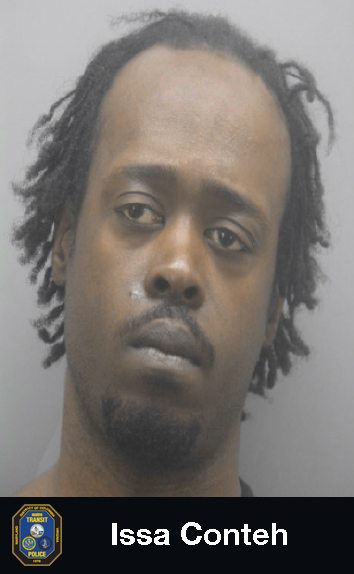 The Metro customer called 911 shortly after 7 a.m. to report that she observed a man in possession of a gun. DC 911 transferred the call to Metro Transit Police dispatchers, who obtained a description from the caller and broadcast a flash lookout to officers.

An MTPD officer arriving on a Green Line train identified an individual on the platform who matched the suspect description. As the officer approached, the man ran from the station.

MTPD officers apprehended the man, subsequently identified as Conteh, at the corner of Shannon Place and Howard Road SE.

Conteh was arrested and charged with carrying a pistol without a license, unlawful possession of ammunition, and possession of a prohibited weapon (knife).

Conteh did not process a SmarTrip card entering or exiting the Metrorail system.

MTPD appreciates the vigilance of the citizen who “saw something” and “said something” this morning. Metro customers can report suspicious activity or unattended items by calling MTPD at 202-962-2121 or sending a text message to “MyMTPD” (696873).