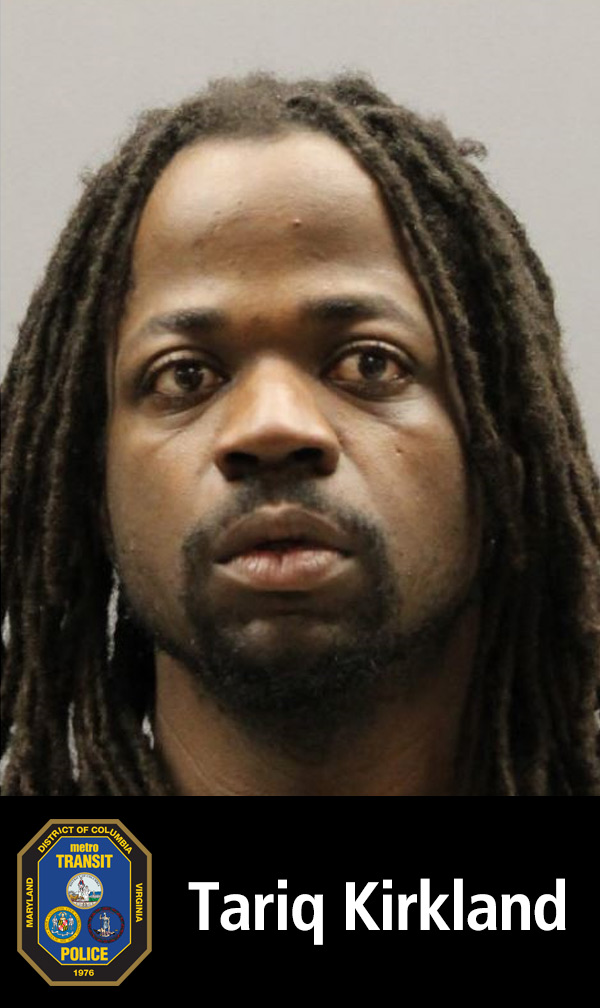 A 38-year-old man is in custody after an attempted armed “busjacking” of a Metrobus this evening at the intersection of Riverdale Road and Annapolis Road in New Carrollton.

The suspect, identified as Tariq Kirkland, boarded the F4 Metrobus in the 7700-block of Riverdale Road and brandished a knife in an attempt to rob a passenger.

Upon hearing commotion from the rear of the bus, the Metrobus operator pulled over, secured the bus, and notified the Bus Operations Control Center to initiate an emergency response.

At that time, the suspect began to walk toward the front of the bus brandishing the knife and ordered the driver and 16 passengers to exit the bus. The suspect then sat in the driver’s seat in an attempt to take control of the bus. However, the bus did not move because it is equipped with a security feature that prevents an unauthorized person from taking control.

After exiting the bus, the operator flagged down a passing Prince George’s County Police officer, who detained the suspect until Metro Transit Police arrived on scene.

There were no injuries.