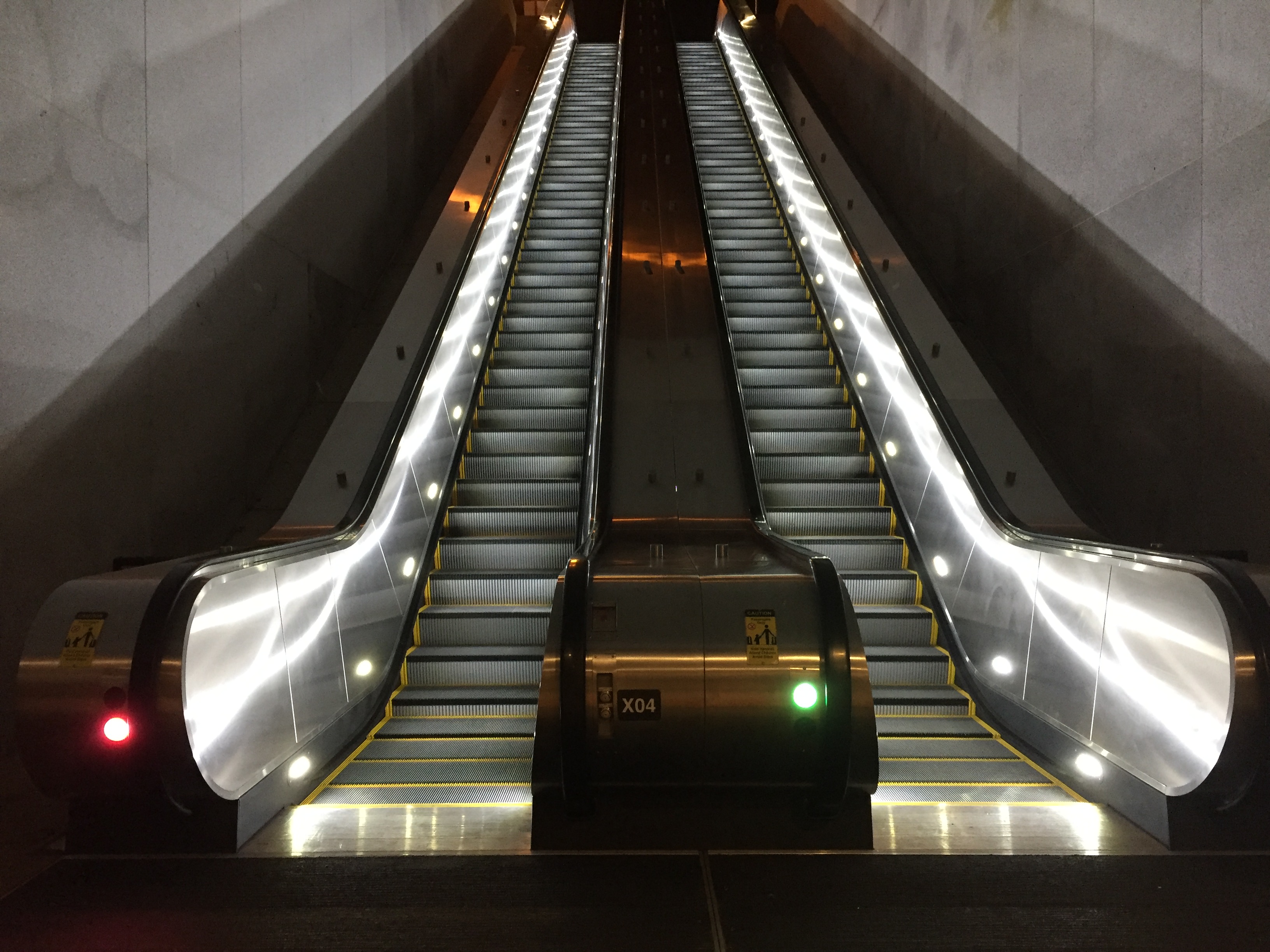 Metro today announced the completion of a multi-year capital investment that delivered 145 new escalators for rail customers since 2011. The final new escalator was placed in service at Court House Station earlier this week, about a month ahead of schedule, by Metro’s contractor KONE.

The $176 million investment has slashed the average age of Metro’s escalators to 9.9 years compared to 27 years before the project began, resulting in a dramatic turnaround in escalator performance and a vastly improved customer experience.

“When this project began, many of Metro’s escalators were beyond their useful life, breaking down and undependable. Without canopies, many were exposed to rain, snow and the elements, exacerbating the wear and tear from long hours and millions of riders over the years,” said Paul J. Wiedefeld, Metro general manager and chief executive officer. “Through this massive rebuilding effort and improved maintenance practices Metro’s escalators are more reliable today and take far less time to repair when issues occur.”

Metro’s first new replacement escalators were installed at Foggy Bottom in 2011, when the system’s overall escalator availability was 89 percent, a figure dragged down by dozens of problematic units that spent more time out of service than in service. On a typical day today, 94 percent of Metro’s escalators are in service at any given time, an availability statistic that includes units that are unavailable due to routine scheduled maintenance and inspection.

In addition to the 145 new escalators, Metro has rehabilitated another 153 escalators to “like new” condition by replacing their motors, steps, handrails, safety devices and electrical systems.

With 618 units, Metro owns, operates and maintains the largest fleet of escalators in North America. As a result of the replacements, the fleet is comprised of just three manufacturers, which helps optimize cost savings on maintenance, training, spare parts and materials. Previously, Metro had a patchwork of escalators from six different manufacturers, including some that had long gone out of business making it difficult to obtain replacement parts. As a result of a streamlined fleet and available supply of parts, the time it takes to make an unexpected repair has dropped 43 percent – from an average of 14 hours in 2011 to just eight hours today.

Replacing each escalator was a complex process that required careful demolition, working in a tight environment and heavy cranes to remove and install large sections of the escalator piece by piece. Each new unit meets the American Public Transit Association standard for a high-volume transit environment.

To protect Metro’s investment, protective canopies have – or are – being installed over all new escalators exposed to outdoor elements. Eight canopies have been completed, with six more awaiting construction at Smithsonian, Judiciary Square, Archives, U Street and both entrances at Arlington Cemetery.

The contract with Kone initially called for the replacement of 128 escalators and was expanded to include 136 escalators by 2020. Prior to KONE, Metro installed nine new escalators (three each at Foggy Bottom, Dupont Circle and Pentagon stations) under a different contract.

Earlier this month, Metro issued a request for proposals to replace another 127 escalators over seven years. Work is also scheduled to begin in April to rehabilitate another 89 escalators.