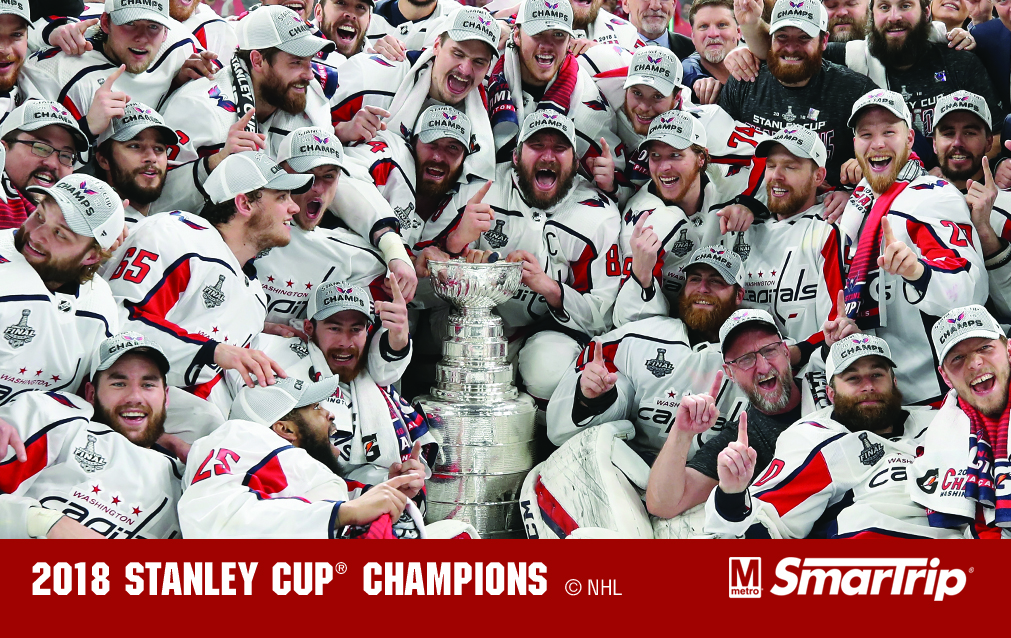 Metro is honoring the Washington Capitals with a limited-edition commemorative SmarTrip card for winning the Stanley Cup, the first in the Caps' 44-year history.

Following the Caps' Game 4 victory, Metro committed to the Caps and right wing T.J. Oshie - who along with defenseman Matt Niskanen rode Metro to both home games in the Stanley Cup finals - that Metro would issue a commemorative Capitals card if the team brought home the Stanley Cup.

Usually reserved for Presidential Inaugurations and other events of national significance, this is the first time a commemorative SmarTrip card has marked the occasion of a DC sports championship.

"We are excited to honor the players who rode Metro to the games and the entire Caps team for this historic championship," said Metro General Manager and Chief Executive Officer Paul J. Wiedefeld. "Like the Caps, Metro brings the region together, and this special SmarTrip card is a great way for riders, fans and players to show their Caps pride."

Metro and the popular new-media Capitals website " Russian Machine Never Breaks" submitted several designs for approval. Today, Metro obtained permission from the Capitals organization, as well as the National Hockey League, to produce cards using a photo of the Capitals and the Stanley Cup on the ice immediately after their historic Game 5 victory.

The cards will be sold for the standard $10- $8 in Metro fare value plus $2 for the cost of the card.

Metro's SmarTrip card manufacturer will begin production of the limited-edition cards immediately, with order fulfilment taking place over the next several weeks. Fans purchasing the cards, which are only available online at wmata.com, are being asked to allow a few weeks for home delivery.