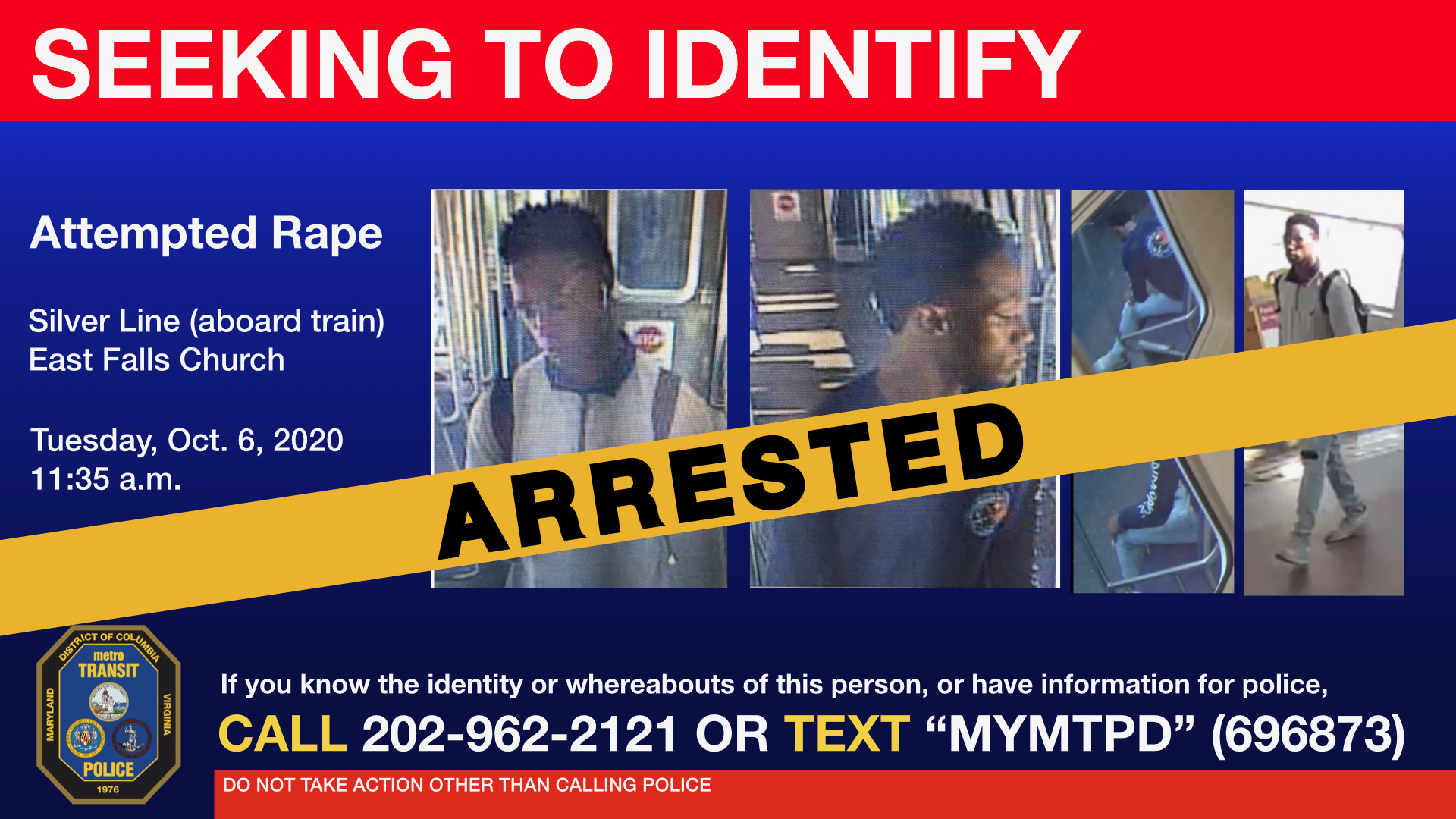 Metro Transit Police today arrested the individual suspected of an attempted rape Tuesday, October 6 aboard a Silver Line train in Northern Virginia. Kendrie Roberts-Monticue, 21, of Reston, was taken into custody this morning at the home of a family member in Virginia.

MTPD took Roberts-Monticue into custody without incident. Metro Transit Police Chief Ron Pavlik expressed gratitude to the Capital Area Regional Fugitive Task Force, a division of the U.S. Marshals dedicated to apprehending the most violent and dangerous fugitives throughout the Washington Metropolitan Area, for their assistance in the arrest, as well as to the public for the anonymous tips that led to Roberts-Monticue's identification.