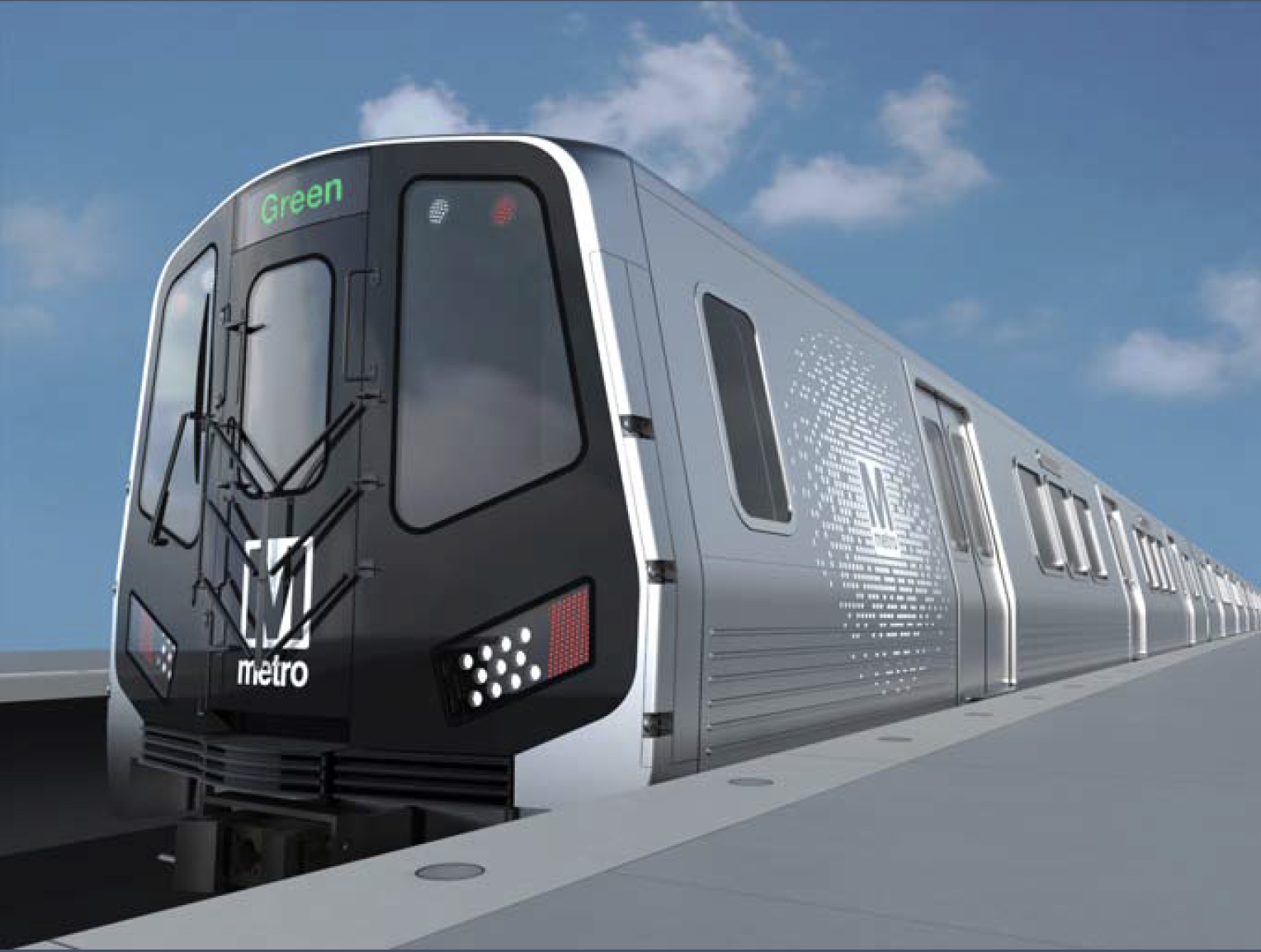 Metro today took the first step toward acquiring its next generation of railcars, building on the success of the popular and reliable 7000-series fleet, with the issuance of a Request for Proposals for the design and construction of hundreds of new 8000-series cars to be delivered starting in 2024.

Metro plans to acquire at least 256 8000-series cars to allow for the retirement of the 2000- and 3000-series cars at the end of their 40-year service life. Options in the contract would allow Metro to purchase "up to" 800 cars in all, giving the transit agency the flexibility to support a range of initiatives and scenarios, including expanding all trains to the maximum 8-car length, running trains more frequently during rush hours, and retiring the 6000-series fleet in lieu of a midlife overhaul program.

With the 8000-series procurement, Metro is seeking to build on the success of its 7000-series cars, which today account for more than half of all trains in service and include popular features such as digital information screens, automated announcements, "smart doors" that individually respond to an obstruction, high-definition security cameras, more space between seats, wider aisles, and non-slip flooring rather than carpet. The 7000-series cars currently travel an average of 156,000 miles before experiencing a delay due to a mechanical issue - more than double the reliability of Metro's legacy fleet. (All 1000-, 4000-, and most 5000-series cars have already been retired from service, improving both safety and reliability.)

"Today Metro is beginning the multi-year process of acquiring our next railcar fleet, which will take everything our customers love about 7000-series trains and build upon that success," said Metro General Manager and Chief Executive Officer Paul J. Wiedefeld. "I would take this opportunity to again thank our local jurisdictions-Maryland, Virginia, and the District of Columbia-for creating a dedicated capital funding source for Metro that has made this possible."

Like the 7000-series, the 8000-series car design will incorporate the most advanced safety technology available, and improve upon the customer experience with new features:

Proposals for the new railcars are due in late January, and Metro expects to award the contract late next year.

Delivery of the 7000-series railcars is on schedule, with the 748th and final car expected to be delivered late next year.

The RFP document can be found here.