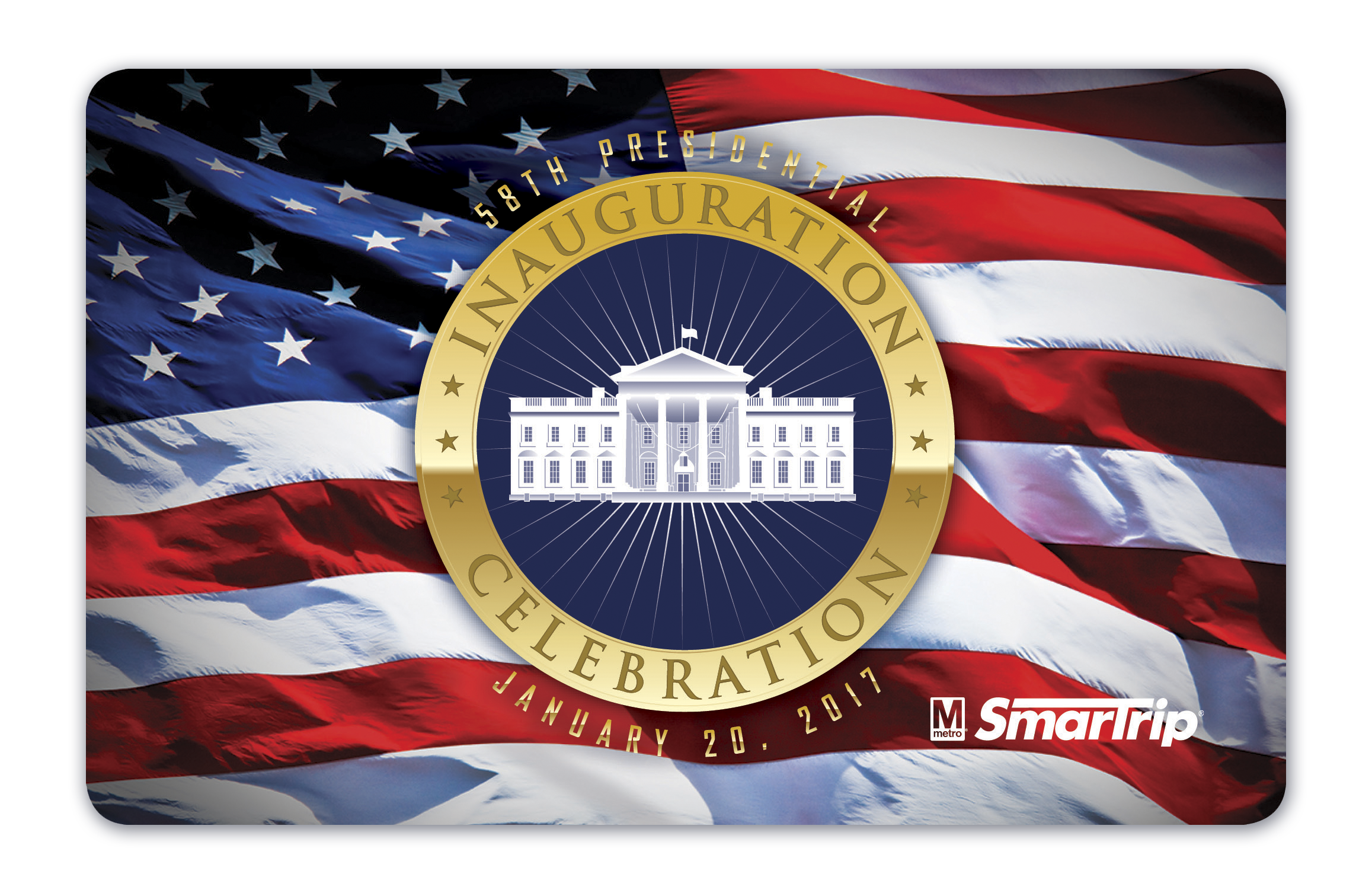 Metro today began sales of its Commemorative SmarTrip® Card for the 2017 Presidential Inauguration. Available for advance purchase for only $10 -- a 40% savings -- each Commemorative Card comes preloaded with a special one-day pass valid for unlimited trips on Metrorail or Metrobus on Inauguration Day, January 20, 2017.

Metro is promoting the Commemorative Cards as not only a great value, but a smart way to avoid potentially long lines at station vending machines.

"Our goal is to get as many Commemorative Cards into circulation as possible among our Inauguration Day guests so they can skip the lines and head right for the train or bus," said Metro General Manager/CEO Paul J. Wiedefeld. "We encourage everyone coming to the National Mall to purchase theirs in advance."

There is no track work planned during Inauguration week, from January 14 through 21, to allow Metro to offer extra service to Inauguration events. On January 20, Metrorail will open early at 4:00 a.m. with near rush-hour service on all lines until 9 p.m.

For more information about traveling on Metro during Inauguration Day go to wmata.com/inauguration.