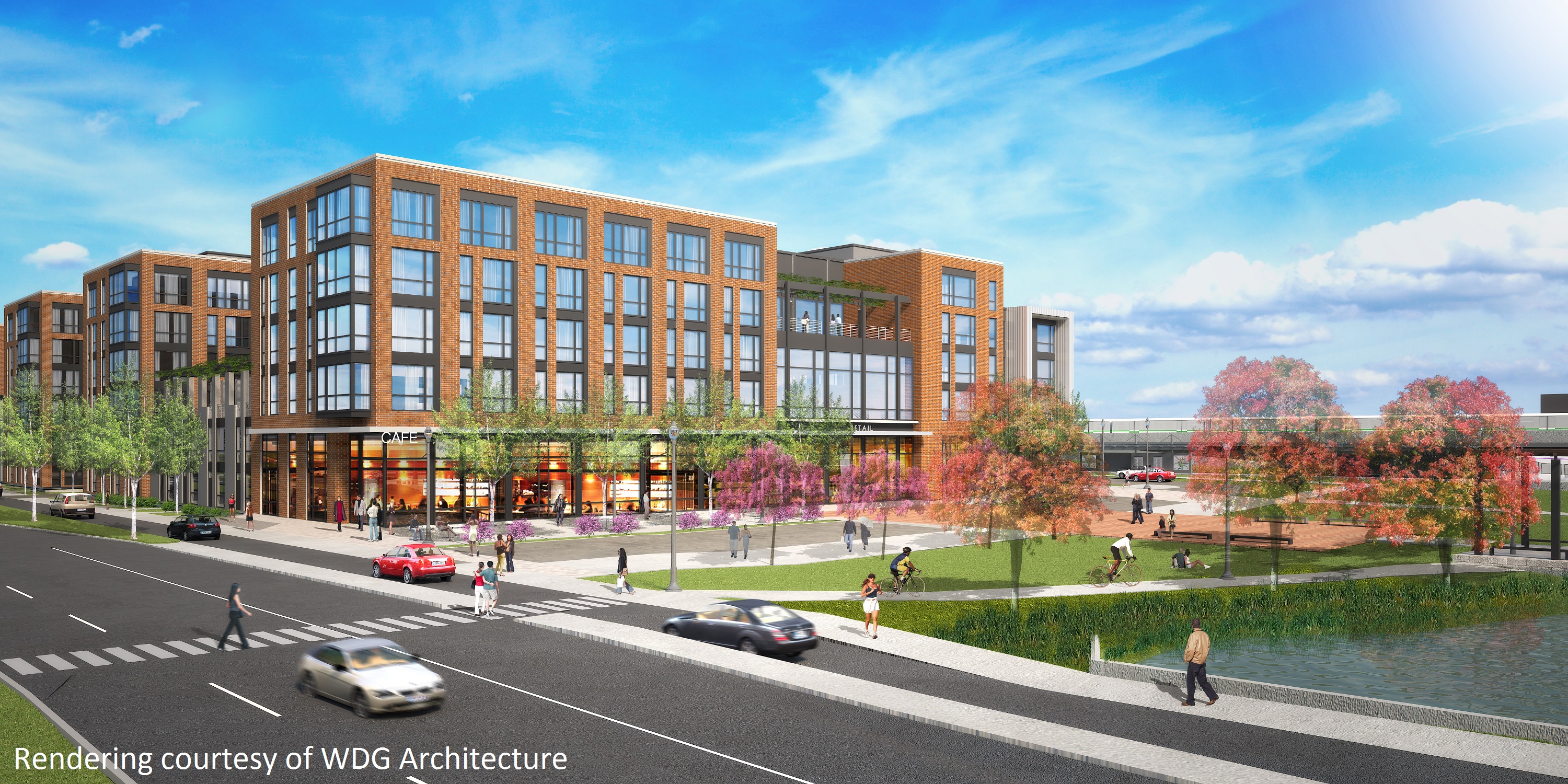 Metro today announced it has signed an agreement with Gilbane Development Company to develop a premier mixed-use residential and retail project at College Park Station. The development by Gilbane features 440 units of market-rate multifamily units, destination retail and an array of best-in-class amenities located immediately adjacent to the entrance of the station on Metro’s Green Line.

Metro has one of the most active joint development programs in the nation and has enabled more than 30 transit-oriented development projects across the region since 1975.

“Maximizing transit-oriented development around Metro stations brings more residences and jobs within walking distance of our stations, which increases ridership and revenue for Metro without increasing costs,” said Nina Albert, Metro managing director, Office of Real Estate and Parking. “We continue to work with our jurisdictional partners throughout Maryland, Virginia and DC to look for opportunities for future development around our stations.”

“We are thrilled to collaborate with Metro, Prince George’s County, City of College Park and University of Maryland to further enhance growth in the Greater College Park Community," said Ed Broderick, president of Gilbane Development Company. “We are eager to deliver an exciting project that will provide future residents with unique and desirable amenities steps away from the College Park Metro Station.”

As part of the project, an existing 530-space Park & Ride surface lot will be removed. However, in 2005, the State of Maryland and Prince George's County completed construction of a 1,290-space Park & Ride garage to replace and expand the number of parking spaces available at the station, in anticipation of this project.

The project is part of the University of Maryland’s Discovery District, a major hub of academic, research and economic development surrounding the College Park Station. The Discovery District is a key piece of the Greater College Park initiative, a $2 billion public-private investment in the revitalization of the Baltimore Avenue corridor.

In addition to Metro’s Green Line, the site is also served by MARC commuter rail, Metro and local bus, university shuttles and is a future part of Maryland’s Purple Line.