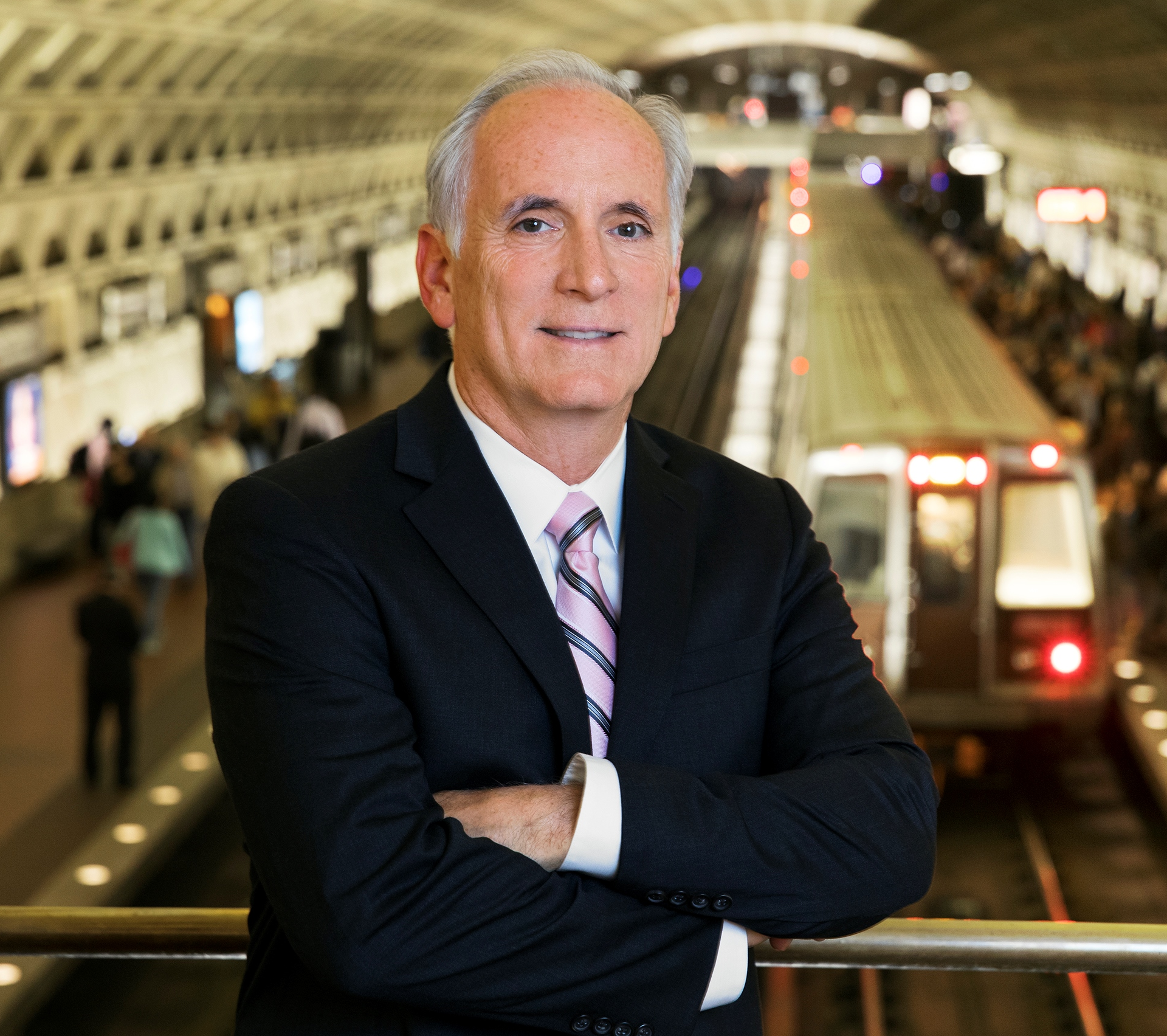 After 35 years in the transportation industry, Paul accepted one of the transit industry's top positions in 2015 as General Manager/CEO of Metro. Since that time, he has led Metro through some of its most challenging times, including the Covid-19 pandemic.

In the early days of the pandemic, Paul's top priority was protecting the health and safety of customers and employees while continuing to provide transportation for essential trips throughout the region. This included standing up a pandemic task force to ensure all business decisions were guided by medical science, forging an industry-leading partnership with labor to protect workers, upgrading ventilation technology for railcars and buses, and introducing enhanced cleaning and disinfection processes, as well as requiring face coverings systemwide.

Understanding that transportation patterns are changing due to the pandemic, Paul's collaboration with Metro's governing board has started to reimagine bus and rail service to better meet customer needs. This has included adding more buses and trains throughout the day (rather than focusing on the peak hours) and introducing fare discounts to encourage ridership, as Metro supports the region's recovery.

Prior to the pandemic, many of the programs put in place under Paul's leadership helped Metro make steady progress in improving safety, service reliability and financial management. Rail ridership began to increase after a lengthy decline; and, for the first time in the Authority's history, a dedicated capital funding was secured from local, state and federal governments. As of fall 2021, Metro reported substantially safer, more reliable rail service, with dramatically fewer train delays three years after strategic investments in state of good repair began.

This progress was made possible through a series of hard choices to put safety first. In 2016, Paul launched SafeTrack, an aggressive maintenance program that achieved three years of critical track work in just over a year. The first-ever preventive maintenance program followed with longer work hours to improve safety and service reliability for customers. Through the Back2Good program, Metrorail delivered nine out of every 10 customers to their destinations on time and customer satisfaction reached its highest levels in recent years, as confirmed by a survey commissioned by The Washington Post. Meanwhile, the team restored confidence in the Authority's financial management, as extensive reforms yielded clean, on-time financial audits for four consecutive years.

As Metro rebuilds and modernizes the system, Paul has put sustainability at the forefront with the adoption of zero-emission bus goals that include phased conversion to a 100% zero-emission bus fleet by 2045, along with construction plans for the agency's first all-electric bus garage at the Northern bus facility. Metro will also host the National Capital Area's largest community solar project, with solar paneled canopies at four parking facilities, thanks to an innovative deal that will deliver up to $50 million over 25 years.

In 2021, Paul received a "Climate & Energy Leadership Award" from the Metropolitan Washington Council of Government for Metro's work to reduce greenhouse gas emissions during the Platform Improvement Project.

Working to make Metro the transit provider of choice in the Nation's Capital, Paul is committed to ensuring the Authority is also an employer of choice in the region. Diversity, equity and inclusion have been placed at the forefront of efforts to enhance workplace culture, and Metro's administrative footprint is being consolidated from 10 facilities to three, with the construction of new office buildings in the District of Columbia, Maryland and Virginia. During his tenure, Metro has been named an "Employer of the Year" by Forbes, one of the “50 Best Companies for Latinas” by Latina Style Magazine, and a “Military Friendly Employer” by G.I. Jobs and Military Spouse magazines.

Prior to joining Metro, Paul was the CEO of BWI Airport. During his tenure, BWI grew to become the leading passenger airport in the Washington metropolitan region. To support this growth, he managed the largest capital expansion in the Airport's history, including the construction of a 26-gate terminal for Southwest airlines, an 8,400-space parking garage and a modern consolidated rental car facility.

In the private sector, Paul served for a decade as a consultant with the international engineering firm, Parsons Brinckerhoff. He has a master's degree in City and Regional Planning from Rutgers University.